As we practise choosing happiness over trauma, again and again, especially choosing to self-soothe rather than to overreact, we will learn eventually.
April 30, 2021 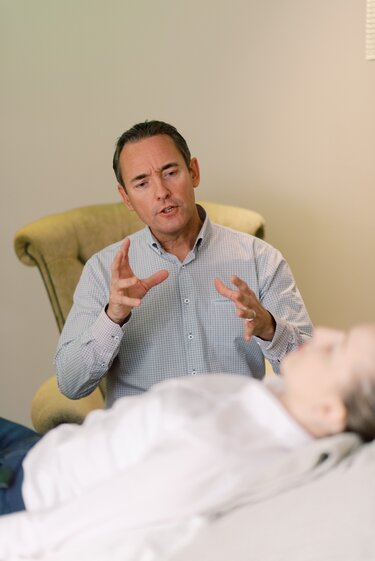 Photo by Mark Williams on Unsplash
Some people I know with expert Psychology knowledge is suffering more than anyone else in terms of forgiving their parents and transcending from suffering. This is sad but interesting because it shows that knowledge itself doesn’t relieve us. What we do with the knowledge does. If we believe we are screwed for life because of these reasons and traumas, then we will continue to react the same way with future triggers. The point of psychology and therapist is so that we become aware of the big picture so we don’t do the same thing as an unconscious person with future triggers. It’s a choice to not react the way we used to. From the author's own experience, it was ingrained in her memory that she had a neglective father and some other childhood trauma. She believed and confirmed with her therapist that she has developed a fear of abandonment. The author doesn't like being left alone, it’s a big trigger. So when her partner was super busy with his job, his startup and his social life, the author can feel this triggers the fear within. However, this was also the opportunity to transcend from her childhood trauma. She noticed that there's a choice: Do we react like we used to, or do we self-soothe with empirical evidence that we are loved? To transcend from childhood trauma is a tough journey. Initially, most might find that they keep failing to make the right choice - i.e. to choose happiness over fear. There could be tears of fear and vulnerability, we could act like a child because the triggers are too overwhelming. A supportive friend or partner might need to learn to soothe the triggered person. However, as we practise choosing happiness over trauma, again and again, especially choosing to self-soothe rather than to overreact, we will learn eventually.
Written by