And That Can Improve the Livelihoods of Those Affected Greatly

Both in the short- and long-term, these efforts show major pay-offs, in terms of increased access to opportunities and in turn increased earning. And those positive effects trickle down through future generations, creating a ripple effet of wealth.
Dec 4, 2020Updated 7 days ago 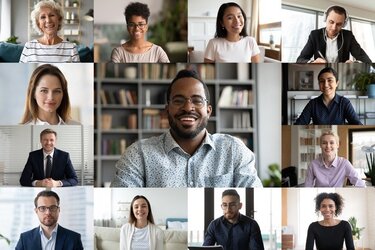 IStock.com/vgajic
2 reasons
Better access to education and jobs are the key to higher income and a better quality of life. Increased earnings can enrich future generations. Many disadvantaged people are simply looking for a foot in the door: a way to showcase the skills they've long had and simply have not had the opportunity to utilise. And that kind of wealth-building can in turn help their descendants, slowly starting to level the playing field over time.
Agree|Info|Expand
The more chances someone has at something, the higher probability they have to learn from mistakes and ultimately become successful at it. Therefore, giving people more opportunities to be hired for a job gives them more chances to eventually succeed. Once they're hired, they can do a good job, work their way up, and continue to earn a great wage. That in turn can create generational wealth, setting up their children and grandchildren to earn more than they did. Affirmative action and labor laws allow people to get a foot in the door to these better opportunities. One study found that U.S. university students admitted based on affirmative action went on to earn a higher salaries thanks to that policy. A similar trend can be seen among people with disabilities. While people who are differently abled remain among the highest groups of the unemployed, studies have measured the positive effects of the passage of the Americans with Disability Act (ADA). While the economic benefits of the ADA require further research, one study found that since 1990 when the ADA was first passed, income poverty among people with disabilities has declined.
More wealth leads to better health and access to healthcare. Earning money is not just about earning money for its sake: Socioeconomic status and well-being are interwoven. Without financial stability, total health is not possible. Vice-versa is true as well: the better health someone is in the better they may be able to perform in a job, all while teaching their children better health habits so they too might have the tools to succeed.
Agree|Info|Expand
Having the time to focus on eating right, reducing stress, and getting exercise gives people an overall better quality of life. Studies have found that a higher income correlates to better overall well-being. Or, as the American Psychological Association puts it: "wealth secures health." That's because having a low income correlates with a lower ability to buy nutritional food, or to have the time or money to exercise. It's also psychological: struggling to make ends meet every month puts a mental strain on people that actually damages their physical health. A whole host of factors can affect someone's socioeconomic class and their resulting health, from their gender and sexual orientation, to their ethnicity. "We've often chosen to focus on either ethnicity or class rather than on the interaction between the two," said Hector F. Myers, PhD, a professor of psychology at the University of California at Los Angeles. "We've become a lot more sophisticated in our thinking recently."
CLOSURE
Data shows that increased channels to opportunities, from education to jobs, lead to better wealth and health. That in turn makes for huge improvements in the lives of those affected—and their children.
Written by