Attention is the Energy Driving the Internet’s Engine 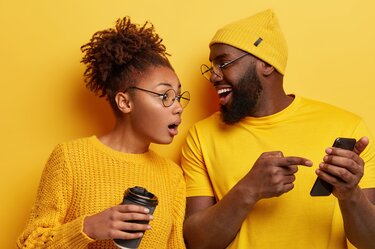 29 reasons
People can move their attention freely between different internet countries.
Attention travels as fast as clicking a hyperlink. It moves in milliseconds.

Agree
The long-term winners will be those internet countries that continue to capture, store, and use attention like a battery.
Product platforms are the batteries of the internet.
Time is a battery for storing energy.
Batteries store energy.
Berkshire Hathaway recently purchased Duracell, a long-standing battery businesses, which uses this technology.

Agree
Motion can only occur when observed through the medium of time.
An object's motion, and thus its momentum, cannot change unless a force acts upon it. You cannot have force without time.

Agree
Human users are the electrons.
Purchases are the output of that energy.
It drives the economy of both internet countries and physical countries.
The Countries of the Internet Are Waging War If that's true, and the internet is "free", then who are the sovereign leaders, and who are we paying taxes to?
The internet is a country. There is infinite real estate but not infinite attention.
The beauty of the internet is it's incredibly cheap and easy to become a landowner because there is almost infinite space. For $15 to $30 per month you can set up your own home on the internet without knowing how to build a thing. You can call it a website, a blog, or a shop; it doesn't matter. You're now an internet real estate owner. But if you build it, will they come? Similar to buying a small coffee shop in a strip mall, you're open for business, but does anyone know that? On the internet, you can easily reach beyond the one-mile radius around that coffee shop to all of the more than four billion people who are connected.

Agree
Attention determines "real-time" citizenship in this new land. People can move freely between internet "countries" with a single click, where the only passport is your digital identity.
Humans can only keep a few things in mind at a time, which is why venture capital returns and brands tend towards power law distributions. Starbucks is where I get coffee. McDonald's is where I get McNuggets. Apple is where I buy my phone. Amazon is where I buy things for my home. Google is where I search for information. Uber is how I get a ride. Facebook is where I talk to my friends and family. Big Tech has been building their castles and moats for decades now because consumers keep giving it their attention. What's interesting is that even Google and Facebook have to pay a toll to access this internet land because they have to go through a hardware device (Apple and Microsoft). Do you want something physical, food or things for your home? Look no further than Amazon. They've been executing their own land war strategies using Direct-To-Consumer models beautifully. This is why the principle of "winner take all" is so powerful in the consumer market. In both physical and digital real estate, attention is the driver of commerce. The internet countries only exist and are maintained when people give them their time and attention.

Agree
And now, governments that control physical land are becoming concerned.
Because they don't have power over these digital kingdoms. These businesses are owned and operated as public or private companies who can do whatever they like, within the confines of the law.

Agree
Governments don't control "digital" tax revenue from internet companies. While the internet companies headquartered in America have to pay tax on their earnings, those domiciled elsewhere have found ways to pay little tax to the United States.

Agree
Approximately ten kings control the empire of the internet. Cook, Bezos, Gates, Zuckerberg, Ma, Dorsey, Musk, and Pichai, amongst others, are the new emperors of the digital kingdoms we see before us.
As one example, Mark Zuckerberg has 60 percent of the voting power control over Facebook. As strange as it may sound, he could delete all of Facebook if he so wished. Obviously, he will not do that. But viewed through a historical lens, the Zuckerbergs of the world have quite a few parallels to the likes of Julius Caesar. Perhaps the city states of Instagram, WhatsApp, Oculus, and Facebook are the new Rome. And then there's YouTube, Google, TikTok, Twitter, SpaceX, Blue Origin, Alibaba, and Tesla. As you've noticed, some of these kingdoms build bridges between our physical lives and our digital ones. If all this talk of empires and resistance sounds a lot like Star Wars, that’s because it should. Just replace outer space with internet space. The internet has only recently crossed the chasm of human adoption and much of what software can do is still very much emerging. In fact, quite a lot of the benefits haven't even begun to be unlocked. We're only at the end of the beginning, connecting (half) of everyone and some fraction of businesses.

Agree
Which means these five consequences will impact your everyday life.
The kings and queens who control the countries of the internet (i.e., products) control our future. It's the ultimate power to “only show you what I want you to see” and nudge you in one direction over another. These countries charge taxes to access social centers to be around other people and to buy the things you need (products and services). There will be a highly competitive war in existing continental countries for where humans "store" their physical selves, and another war in new internet countries where we "store" our digital selves. New bad actors will emerge who seek to destroy critical internet access points in key hubs, which could disconnect entire physical countries and throw their economies and daily lives into chaos. And the other bad actors who proliferate the theft and sale of personally identifiable information. The preppers of the future will have redundant digital access systems that rely more on peer-to-peer, satellite, and terrestrial internet services (both laser and underground), fully encrypted with randomized routing to hide actions and thoughts.

Agree
But there is something you can do to protect yourself and your future.
So what do you do about it? You can start building your own internet countries, cities, or towns. This audience, or community, will likely have similar belief systems or values as you, and could support each other when circumstances you can't handle on your own arise. Either way, small groups of highly capable “Spartans” will need to save the day on behalf of those who want their way of life protected from those seeking power and more gold. Inciting incidents will emerge, and heroes who wield laptops and poetic pens will be called upon, to rally the resistance against wrongs experienced by the masses. There are no laws in the land of the internet. There is no tribunal. Those only exist in physical space. The west is much wilder in cyberspace than it ever was in the Californian wilderness. Or, you could just be a passive participant, happily pay tax to another internet country to access it, and be fine with whatever happens.

Agree
The key to capturing long-term human attention is finding their fascination.
A "familiar surprise" delivers a short-term dopamine boost.

Agree
An Epiphany delivers a longer-term release of tension.

Agree
Taken together, these short-cycle and long-cycle pistons create the Fascination Engine