Those voters may have helped the state "turn blue" in the presidential election. The same could be true for Democrats in the Senate runoff happening in Georgia.
Last updated on Jan 23 , 2021

Share
Black voters may swing the race, according to national and local news outlets.
Interested in how your views align with this article and the editor?

Republicans may stay in power in the U.S. Senate if the Black vote isn’t mobilized in Georgia. Black voters have historically voted Democrat. If their power is not seized upon, Republicans will have a better chance at holding onto their seats. 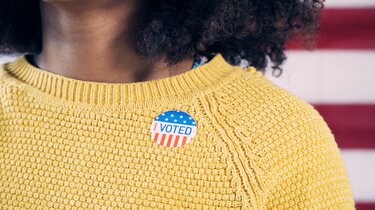 Made360/Shutterstock.com
Black voters—and Black women voters in particular—have historically voted Democrat. In the 2020 presidential election, for instance, an estimated 90 percent of Black women voted for Biden. Without their support for Democratic candidates, Republicans are likely to stay in power. Black political leaders in Georgia, especially women such as Stacey Abrams, Atlanta Mayor Keisha Lance Bottoms, LaTosha Brown, and Nse Ufot, were instrumental in mobilizing Black voters in the past several years. Their tireless efforts included voter registration drives at churches and knocking on doors in black and Latinx communities. Of the 5 million Georgians who voted in the presidential election, some 1.2 million of them were Black. Those same political organizers are using similar efforts in the Senate runoff and will be decisive in fending off Republican opponents. "We've done it before and we will do it again," said Ufot, CEO of the New Georgia Project, a nonpartisan voter registration group started by Stacey Abrams. "Never before in my lifetime have Georgia voters been more important to the state of this nation." Since the presidential election, Abrams's organization Fair Fight has raised an additional $3.6 million for the January runoff. No matter the outcome, pundits predict the race will be close, but support from Black voters could turn a close race in the Democrats' favor. As Michael Golden of the Chicago Tribune wrote: "If the party ends up winning those two seats, effectively seizing control of both chambers of Congress and the White House, it will have African Americans voters — and leaders — to thank for it."
John MalikJohn Malik

The race’s only Black candidate, Rev. Raphael Warnock, has a better chance of winning if Democrats can turn out the Black vote. The reverend is a relative newcomer to the political arena. And in order to win this close race, Warnock will need Black voters' support. 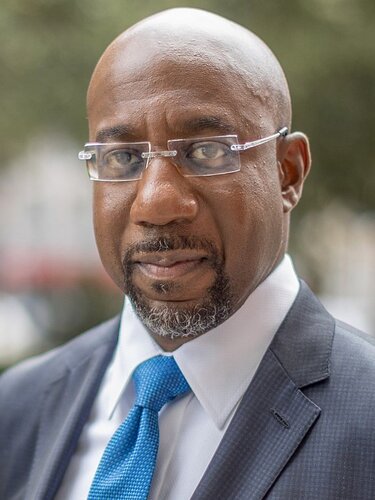 Raphael Warnock/Wikimedia Commons
Warnock and incumbent Sen. Kelly Loeffler have been locked in a tight—and often fractious— race for one of Georgia's Senate seats. Although Warnock’s white Republican opponent garnered fewer votes than Warnock in the November 2020 general election, she could prevail in the January 2021 runoff if the pattern of Black voter drop off in Georgia’s runoffs persists. If voter outreach and GOTV efforts do not focus heavily on Black voters, Warnock’s chances—especially against his independently wealthy, GOP machine-backed opponent —will suffer. In order to win, Warnock will need to mobilize Black voters in particular, who historically vote Democrat. "In Georgia, Blacks can assume the role of a decisive voting bloc," wrote American studies professor, Roger House, for The Hill.
John MalikJohn Malik

Is Black Voter Turnout a Problem for Democrats in Georgia?