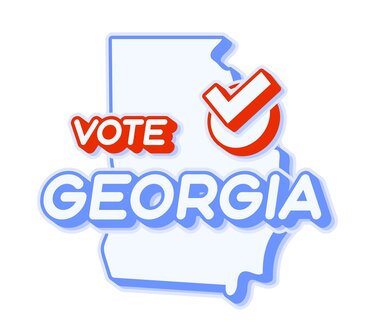 logolis/Getty Images
Georgia's population has grown by almost 3 million in the last 20 years. The young and the foreign-born populations have boomed, causing a growth in diverse and progressive-leaning voters. While Democratic voters were once limited mostly to Georgia's large urban centers, they're on the rise in suburbs that were once reliably Republican. Georgia Democrats themselves have seen a shift from the old guard's "blue dog" tenets to more liberal values. These changes are certainly key to Georgia's slow but steady move toward to the blue column, but it's the strong momentum among Black voters that many credit for 2020's more dramatic shift away from the Republican Party in the Peach State. Black voters are a big reason Biden took the lead he did nationally and in traditionally red states like Georgia, where he was the first Democratic presidential candidate to win in almost 30 years. They also sent a message in the ousting of Republican Jackie Johnson, the incumbent DA candidate for Brunswick Judicial Circuit who faced harsh criticism and sparked a wave of nationwide protests because of her poor handling of the shooting of Ahmaud Arbery. If Georgia's Black voters turn out for the January 2021 Senate runoff the way they did for the 2020 general election, they could deliver a stunning win for Democrats in the form of two Senate seats—effectively swaying the U.S. Senate from red to blue. Four years of racist rhetoric from President Donald Trump and inaction among his Republican enablers have mobilized liberal-leaning voters and voters from diverse communities. In a deep-south state with a history of violent racism, these factors could usher in a blue Georgia.
Written by

How Georgia Turned From Reliably Republican to Political Ground Zero

‘This is proof’: Biden’s win reveals power of Black voters