Indeed, consumers are becoming more aware of how businesses treat their workers, their actions on racial injustice, and what role they play in assisting underserved communities. In other words, people are concerned about the lack of compassion that many companies have exhibited, and are seeking out businesses that demonstrate a greater interest in solving social problems.
August 13, 2021 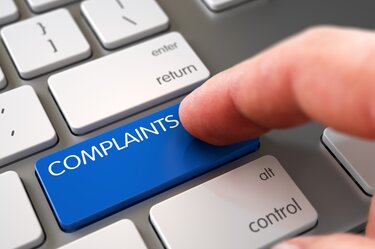 Getty Imagers/Tashatuvango
On April 14, 2021, a statement from 500 companies and CEOs was published supporting voting rights for Americans. The timing was not-coincidentally based on the ongoing efforts to gerrymander districts that had been taking place since Republicans lost the 2020 presidential election. With the apparent structural rigging of US democracy taking place, these high-profile leaders felt obligated to organize and speak as one. This statement on social justice by such a large number of prominent leaders and major brands was unprecedented. For so many corporate voices to take a stand on a controversial, political issue would ordinarily be risky, but they obviously felt that silence was not an option. And given that the gerrymandering wasn't happening by itself—many Republicans were behind it and defending it—speaking against it took a certain bravery that hasn't always been present in corporate America. It is undeniable that a shift is taking place in the way consumers view corporate leaders and brands. There is, increasingly, an expectation that companies will speak up about social issues and take a stand. Consumers now anticipate that CEOs and brands will engage in the discussion on social problems. For millennials and Gen-Z in particular, this is becoming non-negotiable. And the data bears that out. A recent study by the consultancy firm Porter Novelli found that 66 percent of the current, younger generation of so-called Gen Z'ers—those born from 1997–2012—"believe it is no longer acceptable for companies to be silent on social justice issues." And a whopping 72 percent of Gen Z'ers "believe companies have more responsibility than ever before to address social justice issues." The Porter Novelli study specifically found that Gen Z'ers expect companies to "recognize their role in systemic racism" (71%), will "cancel brands that are not willing to address racial inequity" (45%), and expect to "see themselves represented in a company’s marketing and communications" (56%). They're also willing to use the internet for enforcement and "think social media gives their generation more of a voice than previous generations" (81%) and are even willing to "use [their] social media channels to call out brands they feel are not being authentic" (48%). Another study from The Georgetown University Center for Social Impact Communication found the same to be true for millennials—those born from 1981–1996. This generation accounts for some $1 trillion in annual consumer spending—and for them, the social responsibility of companies is top of mind. Some 81 percent said they "expect companies to make a public commitment to good corporate citizenship.” And 73 percent were even willing to pay more for sustainable products. As the authors of the Georgetown study wrote, "[b]y almost any measure, millennials place a premium on corporate social responsibility (CSR) efforts." Clearly, the threat from younger and middle-aged Americans is real—if corporations are worried, it's because they should be.
Written by

Data from studies bear this out.
Sources