Confederate Statues Were Built Long After the Civil War 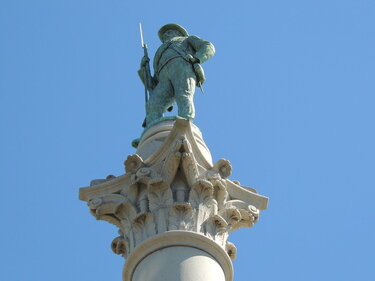 The majority of Confederate statues today were built during the 20th century. A staggering 400 of them were built during the early 1900s alone. And the spike in building Confederate statues was directly linked to white supremacy: it coincided with a resurgence of the Ku Klux Klan and a sweeping number of Jim Crow laws designed to oppress Black people. The statues themselves weren't even commissioned by the U.S. government, much less supervised by experts of the Civil War. The United Daughters of the Confederacy led the charge to build these statues, commissioning hundreds of them throughout the past century. They even commissioned a Confederate statue as recently as 2011, according to FiveThirtyEight.
Written by

Based on data and FiveThirtyEight which is a trustworthy source.
Sources