Increased earnings can enrich future generations. And that kind of wealth starts to level the playing field over time.
Dec 4, 2020 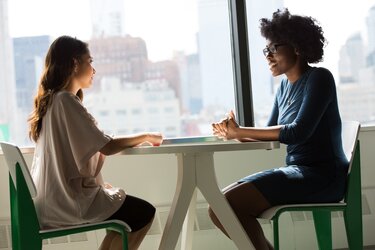 The more chances someone has at something, the higher probability they have to learn from mistakes and ultimately become successful at it. Therefore, giving people more opportunities to be hired for a job gives them more chances to eventually succeed. Once they're hired, they can do a good job, work their way up, and continue to earn a great wage. That in turn can create generational wealth, setting up their children and grandchildren to earn more than they did. Affirmative action and labor laws allow people to get a foot in the door to these better opportunities. One study found that U.S. university students admitted based on affirmative action went on to earn a higher salaries thanks to that policy. A similar trend can be seen among people with disabilities. While people who are differently abled remain among the highest groups of the unemployed, studies have measured the positive effects of the passage of the Americans with Disability Act (ADA). While the economic benefits of the ADA require further research, one study found that since 1990 when the ADA was first passed, income poverty among people with disabilities has declined.
Written by

I've seen this happen often for others.

Disability, Poverty, and Material Hardship since the Passage of the ADA

The economic impact of affirmative action in the US