Goodell Must Have Known That, Too

He had to have understood what Kaepernick's protest was all about. Beyond the simple logic of what Kaepernick was doing, he explained it again and again. The quarterback was clear, and Goodell is surrounded by people who could have further clarified what taking a knee was all about.
December 4, 2020Updated 1 month ago 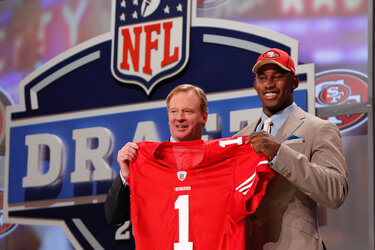