This idea has not been published by the writer yet.
BJ
Bem JacksonBem Jackson

History's Top Philosophers Were Terrible People, But They Still Shouldn’t Be “Cancelled”

These “Great Philosophers” were the worst.
Jun 4, 2021Updated 14 days ago
This idea has not yet been published by the writer. You cannot agree with an unpublished idea. 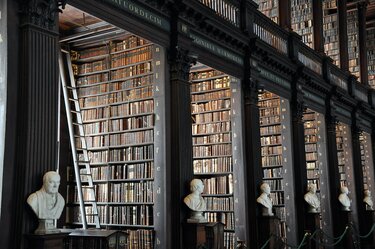 10 reasons
History has shown that many great philosophers were not good people.
It turns out, if you’re great at something, you can get away with an awful lot.

Agree
It is not common knowledge that Descartes tortured dogs. He practiced vivisection at least, though it amounts to the same thing, really.

Agree
He isn’t the only big beast of Western philosophy to hold questionable moral credentials; David Hume and Immanuel Kant also have a dark history. The enlightenment geniuses who altered the course of philosophy forever were pretty darn racist.

Agree
John Stuart Mill, the bastion of enlightened, liberal 19th-century thinking, spent his working life as an administrator of the East India Company. This is a company that traded in slaves, pursued ruthless policies to establish trade monopolies that destroyed local economies, and even employed its own private army and navy to forcefully annex and govern foreign territories.

Agree
Jeremy Bentham, Mill’s philosophical mentor, had a reductionist approach to morality that sought to break down the complexities of human life to a singular ethical equation. Some argue the "hedonic calculus" gave rise to the horrors of the Victorian workhouses.

Agree
Even John Locke, who perhaps more than anyone else championed individual liberty, has been associated with slavery through his alleged authorship of the Fundamental Constitutions of Carolina and ownership of shares in the Royal African Company. It’s as if Greta Thunberg were found to have invested in Exxon or BP.

Agree
The entanglement of such esteemed classical philosophers in such a wicked aspect of human history surely undermines the Platonic ideal of philosophical thought taking place from a purer, more transcendent vantage point.

Agree
Philosophy has a reputation as an activity best done in ivory towers; sheltered, refined places above the muck and chaos of ordinary life.

Agree
Victor Abundez-Guerra and Nathan Nobis are two philosophers who have made a good attempt to reconcile good ideas with bad people.

Agree
CLOSURE
It’s easy to mark ‘cancel culture’ as a temporary blip, as if it were a skirmish in a decades-old culture-war. But that isn’t the case. Philosophy is about truth and rigor and authenticity. To shy away from the unpalatable aspects of the subject smacks of moral cowardice. Where questions are raised, surely those who profess a love of knowledge are obligated to search for answers. There is no surprise that there are no easy answers. That’s true for lots of problems. However, it is right and proper to acknowledge that many philosophers and philosophies are problematic and it seems right that moving further into the 21st century, this ought to be taken seriously. Should the great philosophers be cancelled? Not just yet.
Written by
BJ
Bem Jackson