From Carole Baskin's behavior following the incident to the clues left behind—something just doesn't add up.
Dec 4, 2020Updated 1 month ago 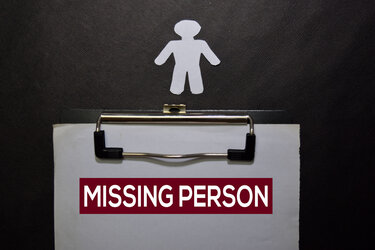 5 reasons
Carole just refers to the incident as his "disappearance" and acts as if she doesn't know anything else. She remains so vague as to be suspicious, and she was pretty quick to move on.
Agree|Info|Expand
IStock.com/radvanyifx
In the opening paragraphs of an article Baskin uploaded to the Big Cat Rescue website, she refers to it as simply "...the disappearance of my husband Don in 1997." For someone who claims to have been in love with Don, Carole seemed quick to move on. Her main priority rapidly became ensuring that Don was declared legally dead so that she could collect his fortune. Later, she has a section in a blog post that she titles "The Time Leading up to Don's Disappearance" and in that discussion, she doesn't provide any information about how he disappeared, suggesting she has no idea. For example, in the second paragraph about a doctor ordering an MRI for him, she just writes, "I did not find the prescription until I was searching his bedside table looking for clues to his disappearance." And in the paragraph after that about a doctor's appointment she had scheduled for him, she writes, "But he disappeared before the appointment date."
The physical evidence in Don's disappearance doesn't make a lot of sense. For instance, his van was left at a private airport with the keys left in it. It was a scene that appeared staged to many observers.
Agree|Info|Expand
Some of the only hard evidence was Don's abandoned white van, found with the keys still in it. The van was found parked outside a private airport. According to reports, this piece of evidence "followed Baskin’s story that he had told her he was heading to Costa Rica, and that was the last time she spoke to him." As Baskin told a local news crew at the time of his disappearance: “He said to be sure and get the Costa Rica truck ready, cause he was leaving early, early, early in the morning for Miami.” And yet, much about the scene seemed staged. If he really had flown to Costa Rica, why would he have left the keys in the parked van? John Marsciano, one of the lead detectives on the case, told the "Tiger King" documentary crew that he doesn't believe that Don left the van and flew to Costa Rica. “There’s nothing at all to indicate that Don left his van there and got in a plane, and crashed it somewhere," he said.
Lewis was never seen again since 1997. He disappeared almost without a single trace—neither police nor locals have had any sightings of him since that day more than 20 years ago.
Agree|Info|Expand
Artush/Shutterstock.com
His body has never been recovered. No remains at all have been found, not even partial remains as would have been the case if he had indeed crashed his airplane.
Agree|Info|Expand
Shutterstock.com/DedMityay
Ever since Don Lewis disappeared August 18, 1997, no body has been found. The police have not even been able to find partial remains. Even though the Hillsborough County Sheriff's office followed leads for years, no body was recovered and the case remains unsolved to this day. The case is still open until they can find some proof of what actually happened to him. Some speculate that if Carole Baskin killed him, she would have disposed of his body using the tigers. Others say that she might have buried him under a septic tank. Law enforcement first treated the case as a run-of-the-mill missing persons case. But within a few weeks, they suspected foul play, according to one of the lead detectives. The lack of remains or physical evidence make it very difficult to determine what actually happened to him.
After the mandated waiting period, Don was legally declared dead in 2002. There was never even a funeral for him.
Agree|Info|Expand
Shutterstock.com/vyasphoto
August 19, 2002—exactly five years and a day after his disappearance—Carole Baskin had Don declared legally dead. After this, she was able to finally access his life insurance policy and his other assets. Because of Carole's quick and determined nature on the death certificate, she was able to access his funds more easily. Between when he first disappeared and when he was legally declared dead, Carole moved property and assets around in that time so that she could take the bulk of his estate, his kids and ex-wife claim. All of this was made possible through another type of sly maneuvering on Carole's part: she gave herself power of attorney over Don's estate after he had already gone missing. Following his disappearance, Carole cut the lock to his office and took papers. Don's secretary claims that there were two wills and two power of attorneys—those both disappeared. The secretary says she was executor and power of attorney for both of them. Instead, Carole produced a document granting her power of attorney. The strangest thing about the document? It includes the language of not only "in the event of my death" but "upon my disappearance." That choice of language is bizarre because while everyone anticipates dying at some point, few people expect to disappear. "In 30 years, I've never seen that,” Don's attorney said in the documentary. Carole never organized a funeral or memorial service for Don. There is not even a tombstone to mark his likely death.
CLOSURE
The circumstances of Don's disappearance remain difficult to reason with: the limited physical evidence, alongside testimony from Carole, offer very little clarity—leaving observers to wonder just what did happen to Don Lewis.
Written by