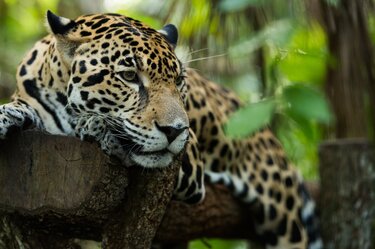 A jaguar pictured in the jungle of Costa Rica jamenpercy/Getty Images
In the Netflix special, "Tiger King," John Marsicano, the lead homicide detective gives a clue as to the disappearance of Don Lewis. "The long-term plan, according to the investigation, was that he would eventually move the Big Cat Rescue—or Wildlife on Easy Street as it was known then—down to the Costa Rica area," Marsicano told the filmmakers. Don was obsessed with Costa Rica. He would spend as much time as possible down there. He went not only to have sex with his many mistresses but to search out business opportunities. The wildlife park in Florida was only 69 acres—but in Costa Rica, Don had purchased 200 acres of land to build a new park. Carole seemed happy with her life in Florida and showed no interest in relocating to Costa Rica. But as Don was the main source of the sanctuary's funds, she may have had no choice had he decided to move.
Written by