Legal precedent is the ideal channel for deterring potential criminals, but when that option is not available, online justice can serve a similar purpose: discouraging bad behavior by shaming perpetrators. In that way, cancel culture can serve to dissuade others from future wrongdoing.
Mar 10, 2021Updated 20 days ago 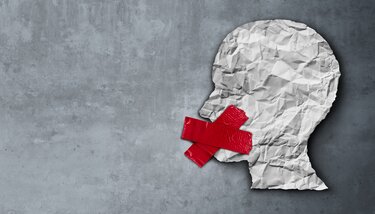 iStock / Getty Images Plus
For instance, filmmaker Roman Polanski may have escaped jail time for assaulting a child, but he has been able to suffer social and career fallout. He is barred from setting foot on American soil unless he wants to face his sentencing, in a move that could serve as a warning for other would-be pedophiles. So-called "cancel culture" can also sometimes lead to more traditional forms of justice. The allegations against Harvey Weinstein started off as a "whisper network" before they would become the legal case that landed the producer in jail. Both cases sparked conversation around the problems of sexual misconduct in Hollywood and may have deterred other predators. Another example of cancel culture causing a reckoning. within an industry and potentially deterring future perpetrators is the case of Louis C.K. Five different women accused the comedian of sexual misconduct, over a period of time that stretches back more than 15 years. Dana Min Goodman, Julia Wolov, Abby Schachner, and Rebecca Corry are just a few of the female comedians who alleged that C.K. masturbated in front of them. The allegations against C.K. triggered a much broader reckoning within the comedy community around harassment and assault, possibly scaring away other potential perpetrators from taking part in similar behavior.. The focus should remain on how to prevent like-minded individuals from carrying out similar wrongdoing, and cancel culture can be a part of that.
Written by