Justice Through Legal Channels, Both In Criminal and Civil Litigation, Is Often Unreliable 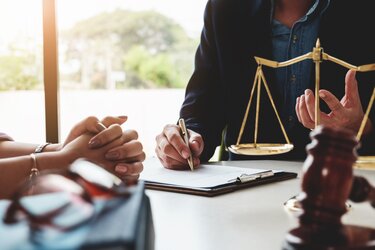 Jirapong Manustrong/Getty Images
The legal system is meant to punish criminals and bring justice to victims, but that's not always the result. Certain types of crimes are very difficult to prosecute, especially those that happen behind closed doors, such as sexual harassment or workplace predation. Even with strong evidence, prosecutors often won't take such cases. Ambra Gutierrez, for instance, had a recording of Harvey Weinstein admitting to sexual assault in 2015. She went through the added trauma, effort and stress of wearing a wire and meeting him after the assault, successfully capturing him on tape admitting to it. And yet Manhattan District Attorney Cyrus Vance Jr. decided not to charge him. In other cases, the environment makes it difficult for the victim to deal with the publicity. Kobe Bryant's alleged rape victim had enough evidence for her case to go to trial. But at the last minute, fearing retribution from his fans, she refused to testify. The case did not go forward and Bryant went on to continue a long and successful career in basketball. Even those who do decide to report to the police rarely find the justice they seek. According to statistics from the Rape, Abuse & Incest National Network (RAINN), only five out of every 1,000 rapists sees any jail time. The result of all this is that justice is not served in many cases. Victims are, to an extent, just "rolling the dice" on whether the outcome is fair.
Written by

Both court examples and available data back this up.
Sources