As Confederate statues topple across the country, it may seem as if an era of glorifying the Confederacy is finally coming to an end, but hundreds are still standing as monuments to slavery and white supremacy.
Aug 26, 2021Updated 2 months ago 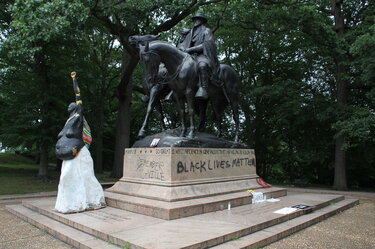