Police Reform Has Not Yet Worked

Dozens of plans to retrain police have been costly and ultimately, ineffective. Even the notion of police reform is unwieldy in a justice system comprised of so many different departments.
July 19, 2020Updated 4 days ago 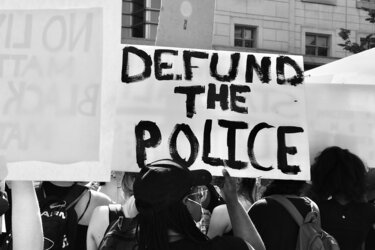 Five years after Eric Garner's death, the Justice Department announced it would not levy any criminal charges in connection with the murder. Then New York Deputy Attorney General Alvin Bragg argued in The Washington Post that the decision "highlights the urgent need to reform the federal criminal law governing excessive force. Congress needs to do away with the requirement of proof that officers have acted 'willfully' when they use excessive force." Garner's case was just one of many where police who killed Black civilians did not face legal repercussions. Even with the addition of body cameras, implicit bias training, and other attempts at reform, the continued lethal force against Black people proves that those attempts for reform have failed. Even after protests reoccurred since Kaepernick's initial protest, no significant state or federal legislation was enacted. The efforts on the local level were often piecemeal or superficial. Some have argued that the idea of police reform itself is "fundamentally flawed." Law enforcement in the U.S. is. comprised of 15,000 separate agencies, meaning each reform would need to be enacted independently. Experts on police violence such as Alex Vitale have suggested that the problem of excessive force goes far deeper than reforms can touch: the scope of policing has simply become far too vast. Police today are asked to deal with issues such as mental illness, substance abuse, and homelessness—all things that they have no expertise in. If we want real change, we need to vastly revise what police officers are asked to do. “At root, they fail to appreciate that the basic nature of the law and the police, since its earliest origins, is to be a tool for managing inequality and maintaining the status quo. Police reforms that fail to directly address this reality are doomed to reproduce it," Vitale wrote.
Written by

Eric Garner is proof that we need to reform laws on excessive force by Alvin Bragg. The Washington Post, July 18, 2019.

How Much Do We Need The Police?