Demonstrations against racism have been occurring for the past century. Generations of Americans have called for an end to racist policies.
Dec 4, 2020 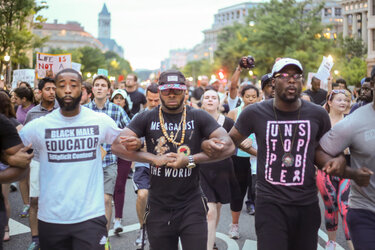 IStock.com/Joseph Gruber
Both Black and white Americans have been speaking out against racial injustice for centuries. Some of the earliest protests led by Black activists took place as early as the first decade of the 20th century, led by W.E.B. DuBois. Since then, thousands of protests have demanded an end to racial inequalities, often with limited success. The late 1950s and early 1960s are remembered as a decade of protest for Black Americans. Led by Martin Luther King and others, those protests pushed for equal access to voting rights, education, and private businesses. While that movement eventually saw results, many changes only happened after King's death, long after the protests themselves. The nature of protests has evolved since that time, ranging from legal challenges, to political pressure, culminating in the widespread protesting and rioting seen in 2020.
Written by

What Protests Can (And Can’t) Do