And they show no sign of slowing down. If anything, developments in technology have only showed the insidiousness of racist violence in the U.S.
Last updated on Mar 4 , 2021 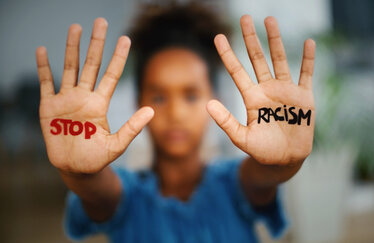 IStock.com/Aja Koska
Interested in how your views align with this article and the editor?

4 reasons
The Cleveland Indians refused to change their name. Even under increased pressure, the Indians name remained unchanged. This is just one symptom of a broader disrespect for Native American tribes.
For years, there were ongoing protests against the Indians’ team name, mascot, and common game chants. They recently removed their mascot, Chief Wahoo, but they have opposed changing the team name. Despite this, owner Paul Dolan said in 2019: “Not only are we adamant about keeping the name Indians, but the Commissioner (Rob Manfred) is similarly supportive of the name.” In July, Dolan agreed to meet with Native American groups to discuss the name, but he did not make any promises to change the name. Many indigenous people have been pressuring the stakeholders for years to change the name they say is offensive. In August, some 80 businesses and organizations signed a petition asking for a name change. Even with mounting pressure, the Indians have yet to announce an official name change.

Believe
The "All Lives Matter" slogan was acceptable for a long time. That slogan was widespread throughout the United States. Even the vice president used it.
Among certain groups of Americans, saying "all lives matter," or being actively against the Black Lives Matter movement was still acceptable. As recently as June of this year, Vice President Mike Pence refused to say "black lives matter." Instead, he repeated again in a TV interview: "I really believe that all lives matter." "All lives matter" might seem like an innocuous term, but its meaning is ignorant at best and racist at worst. Activists have often used the metaphor of a house on fire: if a neighbor's house is on fire, there's no sense in saying "All houses matter" and spraying water on the house that is not on fire. "No one's saying that your life doesn't matter," blogger Ayanna Lage told CBS news. "What we're saying… is all lives can't matter until black lives matter."