The fate—whether financial, social, or otherwise—of individuals who did immoral or illegal things should not be the focus of the discourse. Their reentry into society is simply not what matters most. Rather, ensuring justice for past victims and avoiding future victimizations is the right goal to focus on.
December 4, 2020Updated 1 month ago 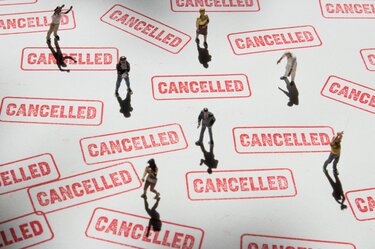 Zenza Flarini/Shutterstock.com
2 reasons
The first priority is justice for the victims: whether in court or in more alternative forms such as restorative justice. The solution to violent crimes must start with focusing on the victim, not the perpetrator. Too often, crimes become about the criminal and not the victim. Society must bring the focus back to those most affected by these incidents: Ensuring this kind of justice is key to a safe and functioning democracy.
Agree|Info|Expand
Unsplash
Justice for victims needs to lead any solution to the problems of harassment, assault, and other crimes. Too often the focus of any crime is put on the part of the perpetrator. One need only look to the way serial killers such as Ted Bundy or the Night Stalker become celebrities. Sometimes they are treated more like rock stars than violent criminals. Their victims, however, are often forgotten. Many people may have heard of the assault cases involving Billy Cosby or Roman Polanski, but few could name even a single one of their victims. Making victims feel safe should be the number one priority. Additionally, doing work on the policy and legislation level—or even through media if traditional channels fail—are all part of giving survivors the justice they deserve. Sexual assault in particular can make victims unable to participate in the most basic functions of everyday life: afraid to go to work or even to walk the streets at night. Without justice for victims, a democracy cannot be fully successful because it means some of its most marginalized members are being scared away from participating in public life.
Justice, in the media or even online, can teach potential perpetrators not to act on their urges. Legal precedent is the ideal channel for deterring potential criminals, but when that option is not available, online justice can serve a similar purpose: discouraging bad behavior by shaming perpetrators. In that way, cancel culture can serve to dissuade others from future wrongdoing.
Agree|Info|Expand
iStock / Getty Images Plus
For instance, filmmaker Roman Polanski may have escaped jail time for assaulting a child, but he has been able to suffer social and career fallout. He is barred from setting foot on American soil unless he wants to face his sentencing, in a move that could serve as a warning for other would-be pedophiles. So-called "cancel culture" can also sometimes lead to more traditional forms of justice. The allegations against Harvey Weinstein started off as a "whisper network" before they would become the legal case that landed the producer in jail. Both cases sparked conversation around the problems of sexual misconduct in Hollywood and may have deterred other predators. Another example of cancel culture causing a reckoning. within an industry and potentially deterring future perpetrators is the case of Louis C.K. Five different women accused the comedian of sexual misconduct, over a period of time that stretches back more than 15 years. Dana Min Goodman, Julia Wolov, Abby Schachner, and Rebecca Corry are just a few of the female comedians who alleged that C.K. masturbated in front of them. The allegations against C.K. triggered a much broader reckoning within the comedy community around harassment and assault, possibly scaring away other potential perpetrators from taking part in similar behavior.. The focus should remain on how to prevent like-minded individuals from carrying out similar wrongdoing, and cancel culture can be a part of that.
CLOSURE
Redemption is a step that should be considered only after protection of victims and justice for perpetrators has been achieved. Rehabilitating those who have been "canceled" should come after that.
Written by