If a job search proves unfruitful, many former coal workers may be pushed to leave their hometowns. Those who can't are left with a decimated and impoverished community.
December 4, 2020Updated 10 months ago 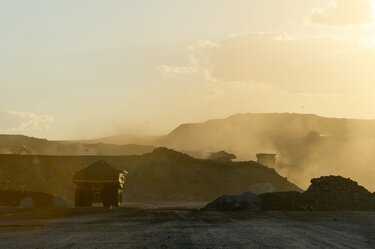 Getty Images/IStockphoto/CUHRIG
Many coal-workers in the past decade have found themselves out of a job. The number of coal jobs has nearly halved since 2012 alone, according to national statistics. For laid-off coal workers who have only worked in one industry, it can be extremely difficult to find work. This is even more challenging in coal-reliant communities with precious few other industries to find work in. The skills learned over years or decades in a coal plant often don't translate to other jobs. “Working in a power plant is pretty specialized, and those skills will be hard to transfer to another career. There are some options with other power plants, but they’d have to pick up and move to another state," explained Jim Griffin, president of the International Brotherhood of Electrical Workers Local 1900. Some unemployed coal workers consider moving to other states to find work. Some have had to take a loss when selling their homes. George Adkins, for instance, was working at a West Virginia mine when it closed in 2019. He considered going to Tennessee or North Carolina, he told the Wall Street Journal. “Everywhere you looked it was coal trucks. It’s whittled down to almost nothing," he said. Even moving to another state is uncertain, however. As coal jobs decline across the nation, relocating to another coal-reliant community is not a safe bet for long-term stability.
Written by

Thousands of coal workers lost jobs. Where will they go?