This service requires resources, training, and authority only a central police force can have. That expertise is even more necessary when it comes to catching violent, serial offenders.
December 4, 2020Updated 2 months ago 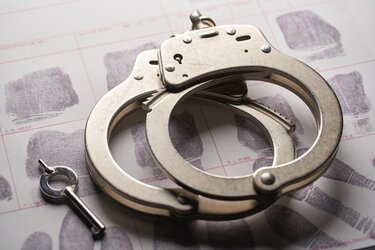 2 reasons
Not all criminals are apprehended immediately, and a lack of officers would lead to chaos. Their main function is enforcing the law. Tracking down criminals can only be done by a professional police force.
Agree|Info|Expand
Many criminals flee the scene of the crime and are not apprehended immediately. Especially for crimes such as burglary where there might not be witnesses, it can take weeks or even months to track down a criminal. This is even truer for highly intelligent serial criminals. Serial rapists or murderers often continue committing crimes for years, and only a concentrated effort from the police can stop them. Handling of evidence is even governed by rules and regulations, which do not apply to non-government funded police forces. Overall, on average the police make upwards of 10 million arrests annually.
The process of solving a crime often requires expertise and experience. Without a central force that is part of the government, there would be no regulations on the investigative process and that would result in fewer solved crimes. Forensic science requires experts, not laymen.
Agree|Info|Expand
Law enforcement are uniquely qualified to solve crimes. The average police officer undergoes at least 647 hours of basic training. This is on top of training officers and detectives must undergo at each stage of their careers as well as working with forensic scientists, lawyers, and other experts from who they learn during the course of investigations. In some cases, it can take as long as five to six years to become a fully-fledged police officer. Much of that training teaches police the unique skills and intricate science involved in solving crime, including crime scene handling and the detection of clues. Other branches of law enforcement—such as the FBI or the CSI—undergo even more intense and specialized training that give them the know-how to solve crimes. Conducting complex criminal investigations is a major aspect of law enforcement—and one that police are uniquely suited for. Without government-funded crime labs, forensic scientists, detectives, and the rules and regulations making sure all these processes and procedures are done in a consistent manner, far fewer crimes would be solved. Private police and detectives do not have access to the same technology or bank of experts as central police either. Untrained civilians are simply not capable of doing what law enforcement is trained to do.
CLOSURE
Solving crimes and getting criminals off the street is not something that just any civilian can do. In order for a society to function and remain safe, we need trained, professional police officers.
Written by