States Relying Solely on the Coal Industry Are Suffering

Between layoffs and shrinking public service budgets, coal-reliant states suffer. And their workers may be forced to choose between moving away or living in poverty.
October 16, 2020Updated 9 months ago 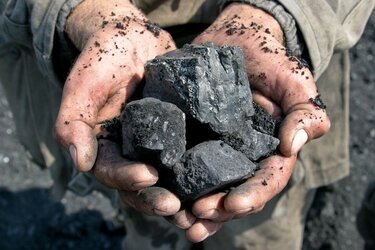 Getty Images/iStockphoto
3 reasons
Many people are forced to move away from "coal-reliant" communities. If a job search proves unfruitful, many former coal workers may be pushed to leave their hometowns. Those who can't are left with a decimated and impoverished community.
Agree|Info|Expand
Getty Images/IStockphoto/CUHRIG
Many coal-workers in the past decade have found themselves out of a job. The number of coal jobs has nearly halved since 2012 alone, according to national statistics. For laid-off coal workers who have only worked in one industry, it can be extremely difficult to find work. This is even more challenging in coal-reliant communities with precious few other industries to find work in. The skills learned over years or decades in a coal plant often don't translate to other jobs. “Working in a power plant is pretty specialized, and those skills will be hard to transfer to another career. There are some options with other power plants, but they’d have to pick up and move to another state," explained Jim Griffin, president of the International Brotherhood of Electrical Workers Local 1900. Some unemployed coal workers consider moving to other states to find work. Some have had to take a loss when selling their homes. George Adkins, for instance, was working at a West Virginia mine when it closed in 2019. He considered going to Tennessee or North Carolina, he told the Wall Street Journal. “Everywhere you looked it was coal trucks. It’s whittled down to almost nothing," he said. Even moving to another state is uncertain, however. As coal jobs decline across the nation, relocating to another coal-reliant community is not a safe bet for long-term stability.
When coal companies cut jobs or shutter, mining families are left behind. Consequentially, the entire community takes a hit from this loss of tax revenue. Even residents working outside of the coal industry are affected.
Agree|Info|Expand
iStock / Getty Images Plus
Both coal workers and the coal industry itself are important contributors to tax revenues in coal-reliant communities. And when the industry collapses, those tax dollars disappear. In a case study, Brookings found that in three coal-reliant counties, coal-related revenue comprised more than a third of county budgets. That means that the entire community—even community members not employed in the coal industry—will feel the effects. "Case studies show that the rapid decline of a dominant industry has led to downward spirals and eventual collapses of local governments’ fiscal conditions, including the inability to raise revenue, repay debt, and/ or provide basic public services," the report concluded. Adams County, Ohio, for instance, was home to two huge coal-powered plants. When those shuttered in 2016, some 1,100 people lost their jobs, according to an Ohio University study. And those closures led to a staggering 32% drop in tax revenue in the county. This means when coal suffers in a coal-reliant community, everyone suffers. In both the private and the public sectors, coal losses ripple through the entire community.
As a consequence, everything from public education, to infrastructure, to public health can suffer. Communities are left underfunded and decimated. The effect impacts generations to come.
Agree|Info|Expand
iStock / Getty Images Plus
Given that coal companies and coal workers are often huge tax contributors to coal-reliant areas, when their tax dollars evaporate, the entire community suffers. Several coal-reliant towns have taken such a hit that they even had to close their public schools, according to one report. The collapse of coal puts at least 26 coal-mining dependent counties in 10 states at severe economic risk, according to a Columbia economist's report. "Mining dependent" is defined as when 8% or more of the community is employed by coal mines. In these counties, coal accounts for at least one third of revenue. When that money disappears, the entire public sector suffers, from schools to basic infrastructure. “It’s pretty hard to wrap your head around all the different ways coal-mining communities’ finances are dependent on the industry,” said Noah Kaufman, an economist at Columbia who co-authored the report. And those effects can keep families—and entire communities—in poverty for generations to come.
Written by

The 100-year capitalist experiment that keeps Appalachia poor, sick, and stuck on coal