The Foundation of the Confederacy Was Unpatriotic

Seceding from the Union would later be considered treason.
Dec 4, 2020 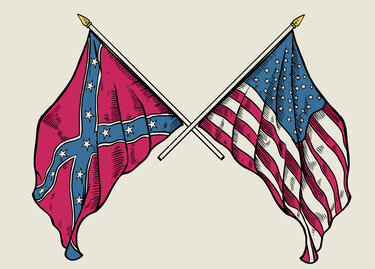 IStock.com/bazzier
Jefferson Davis, president of the Confederacy, was indicted for treason after the end of the Civil War. Davis—along with many other Confederate leaders and soldiers—would later be pardoned by President Andrew Johnson. But the fact remains that they were charged with one of the most serious federal crimes in existence: betraying one's own country. What could be more unpatriotic than the crime of treason? Having "Confederate pride" is at odds with upholding the Constitution. It was an uprising against what the United States represented. Some have made the argument that America's very founding is based on treason; that the Founding Fathers signing the Declaration of Independence from the British monarchy was the most treasonous act of all. And, they are not entirely wrong. But England is not dotted with statues in honor of the likes of Benjamin Franklin, John Adams, and George Washington.
Written by