The Georgia Races Will Determine The Balance of Power

Whoever wins the Georgia seats will determine who holds the reins of power in the Senate at least through 2022 and possibly longer. With a Democratic executive branch and a Democratic Senate, the rule of law would be largely Democrat.
Dec 6, 2020 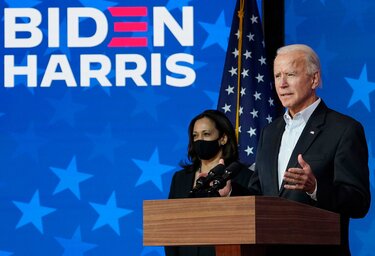 Stratos Brilakis / Shutterstock.com
If the Georgia runoff leads to a predominantly Democratic Senate, national politics would be greatly impacted. The Senate's political composition—which the runoff will determine—could effectively stall or advance the incoming administration's plans. This power will be wielded over issues that matter a great deal to Americans and that are, for the most part, divided down party lines. A divided Senate, for instance, would have great ramifications on "antitrust enforcement, competition policy, infrastructure investment, privacy, Section 230 reforms, regulation, tax policy, and relations with China," according to a report from the Brookings Institution. Democrats have cheered the possibility of a Democratic House, Senate, and executive branch. This three-pronged majority would mean the possibility of protecting lightning rod legislation such as the Affordable Care Act and a greater chance of advancing Biden’s platform and other policies conservatives deem too radical, including gun control and increased industry regulations. It could also mean reversing Trump-era decisions regarding the southern border, travel bans, and the Paris Climate Agreement, to name a few. Republicans, meanwhile, say a majority Congress and White House will give Democrats too much power. Republican Sen. Lindsey Graham said a Democratic win in Georgia would be the "end of checks and balances." A Republican-controlled Senate could prevent the advancement of Biden’s Democratic platform, which many conservatives consider too liberal, too burdensome on the taxpayers, and too limiting of freedoms. By blocking Biden legislation, Senate Republicans could engender more trust with the conservative base while also potentially swaying more voters toward recognizing the merit of small government.
Written by

I think the math for this is straightforward
Sources