Depending on who prevails in Georgia's runoff, the incoming Senate could potentially prioritize questions about the legitimacy of the 2020 presidential election results rather than prioritizing legislation related to Biden's platform. The consequences of the runoff could also impact legislation far beyond Biden's term.
December 9, 2020 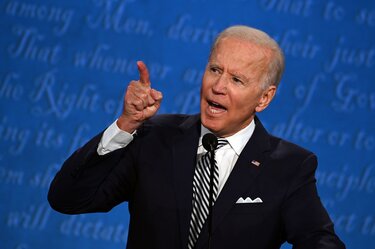 Stratos Brilakis / Shutterstock.com
Both Republicans in the Georgia runoff are aligned with Trump. If they prevail in January, they may stand with fellow Senate Republicans in backing Trump's claims that the 2020 election results were unfair or inaccurate. That may lead to a refusal to acknowledge Biden's presidency and a continuation of denying Trump's loss. This could result in unprecedented refusals to convene, legislate, and vote as a legislative body. A Republican-majority Senate may call for investigations into Trump’s claims of voter fraud and election irregularities. This could have an immediate impact on Americans who depend on Senate legislation regarding COVID-19 and other urgent priorities. However, if one or both of Georgia's Senate seats are won by the Democratic contenders, the incoming Senate might shoot down Republican attempts to prioritize investigation of the presidential election results. A federal appeals court has already dismissed Trump's lawyers allegations of voter fraud in Pennsylvania, citing a lack of evidence. These two Senate seats could also make a huge difference in what President-Elect Joe Biden can accomplish once he takes office. His ability to carry out campaign promises and get Cabinet picks confirmed will be impacted. And the political composition of the U.S. Senate could impact the nation’s laws, not just during Biden’s one or two terms, but thereafter — especially in terms of actions such as SCOTUS confirmations and proposing to revisit decisions such as Roe v. Wade or controversial legislation such as the Affordable Care Act.
Written by