The Georgia runoff outcome could dramatically affect legislation of great importance to Americans, like COVID-19 relief bills and legislation related to hot-button issues like gun control, health care, and other issues that tend to split our legislative bodies down the center.
December 6, 2020Updated 3 months ago 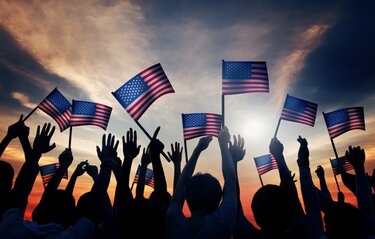 lev radin / Shutterstock.com
3 Reasons
Legislation regarding COVID-19 has been an issue in the senate. For much of 2020, politicians have been divided over party lines regarding the details of relief bills and preventative actions, resulting in delayed votes. This has slowed down aid to Americans and confused any effort to prevent the virus' spread.
Agree|Info|Expand
Nicole Glass Photography/Shutterstock.com
The current Senate has been debating what to do about the COVID-19 pandemic since it first exploded in the U.S. in March 2020. Since then, Republican and Democratic senators have been unable to agree on how to best fight it while keeping the economy from sputtering out. Congress struggled to decide on a first round of stimulus early on in the crisis, which eventually included individual stimulus checks, aid to local businesses, and an extension of unemployment benefits. Many citizens and politicians alike decried that first bill as anemic. Since then, tensions have boiled between Republican and Democratic senators over next steps. Even relations between some Republican senators and President Donald Trump's White House have been fraught. In an attempt to secure a new aid package before the presidential elections, Trump offered a $1.8 trillion deal. Republicans criticized it as too expensive, and Democrats said it was just a ruse to smuggle in Trump's own agenda. “When the president talks about wanting a bigger relief package, his proposal appears to mean that he wants more money at his discretion to grant or withhold,” Democrat Speaker of the House Nancy Pelosi wrote at the time. Amid these disagreements, Congress has still been unable to secure the bipartisan support needed for a new coronavirus deal.
That legislation could remain divisive in the incoming Senate. If 2020 is any indication, 2021's incoming Senate may remain split along party lines regarding COVID-19 legislation.
Agree|Info|Expand
Sheila Fitzgerald / Shutterstock.com
As of the end of November 2020, Congress remained divided on COVID-19 relief packages. The last stimulus came last spring, and many struggling Americans are clamoring for additional help. "We are digging out of the deep hole we were in, but we're not back in the sunlight yet," said Scott Horsley, NPR's Chief Economics Correspondent, adding, "Over the last six months, the United States has regained about 54% of the jobs that were lost back in March and April." Especially as the U.S. enters a second wave of coronavirus cases coming into the winter season, agreement on a stimulus package is becoming even more crucial.
The incoming Senate will decide the fate of legislation that matters to many Americans. The incoming Senate will legislate on issues that matter a great deal to Americans and that are, for the most part, divided down party lines.
Agree|Info|Expand
ItzaVU/Shutterstock.com
The winners of Georgia's dual Senate races will have a major impact on the fate of legislation that affects Americans' day-to-day lives or that Americans care about based on their sociopolitical stances, like gun control, health care, and immigration. A divided Senate, for instance, would have great ramifications on "antitrust enforcement, competition policy, infrastructure investment, privacy, Section 230 reforms, regulation, tax policy, and relations with China," according to a report from the Brookings Institution. Democrats have cheered the possibility of a Democratic House, Senate, and executive branch. This three-pronged majority would mean the possibility of protecting lightning rod legislation such as the Affordable Care Act and a greater chance of advancing Biden’s platform and other policies conservatives deem too radical, including gun control and increased industry regulations. It could also mean reversing Trump-era decisions regarding the southern border, travel bans, and the Paris Climate Agreement, to name a few. Republicans, meanwhile, say a majority Congress and White House will give Democrats too much power. Republican Sen. Lindsey Graham said a Democratic win in Georgia would be the "end of checks and balances." A Republican-controlled Senate could prevent the advancement of Biden’s Democratic platform, which many conservatives consider too liberal, too burdensome on the taxpayers, and too limiting of freedoms. By blocking Biden legislation, Senate Republicans could engender more trust with the conservative base while also potentially swaying more voters toward recognizing the merit of small government.
CLOSURE
A spate of crucial legislature is coming up in the Senate this year. And its outcome on issues ranging from COVID-19 to reproductive rights will have consequences for all Americans—whether they live in Georgia or not.
Written by