The most vulnerable in our society need a professional police force to protect them, not vigilantes. A lack of public police may also give way to even more prejudiced private police forces.
Dec 4, 2020Updated 24 days ago 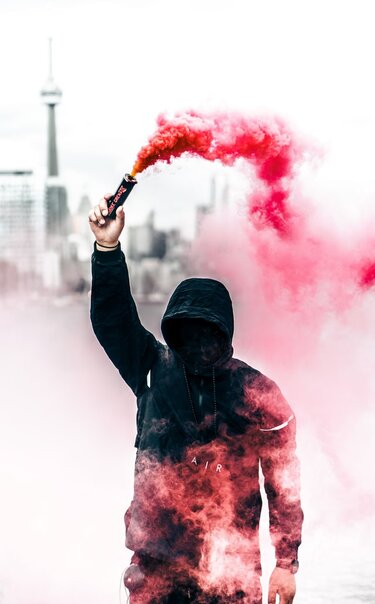 2 reasons
Wealthy people would just rely on private security. Even low income communities deserve safety and security. And it's a government's job to provide that.
Agree|Info|Expand
A lack of police could further deepen existing socioeconomic inequalities. Wealthy Americans would likely just hire their own private security from firms like Pinkerton, and wealthy gated communities could even hire their own private police force. They could potentially even use their private security as a militia to cause further violence or conduct personal vendettas. Middle-class and working-class Americans, meanwhile, would be forced to fend for themselves. Without a professionally screened and trained police force, so many people are at risk of being taken advantage of by private citizens offering 'protection for pay' in communities, a problem that only exacerbates poverty and a lack of safety in a neighborhood. Without the protection of publicly-funded police officers, the average American would be left without protection and further at the whims of the wealthiest among us.
It could lead to a rise in tribalism and mob violence. Police provide a neutral party looking out for the law-abiding community as a whole. Otherwise, all of society is put in danger.
Agree|Info|Expand
Jacob Lund/ iStock / Getty Images Plus
Without the police, the U.S. could revert to a Wild West scenario, in which people round up posses to carry out vigilante justice. Communities, neighborhoods, and even gangs might take it upon themselves to dole out their own form of justice. This kind of vigilante violence would not only be terrifying—it could further increase division between Americans. A professional, well-funded police force ensures we have properly trained police officers to keep order in communities across the country. They are held to the law in a way a civilian or unorganized defense would not be. There are rules both governing what police can do and what police departments can and should do, to protect everyone in question from harm, safety and labor violations, and dangerous criminals. As people draw lines around their immediate communities, tribalism might reemerge, where Americans identify more with a neighborhood or a group of people than with the nation at large. Seattle has already seen a glimpse of what this mob violence might look like. When armed protesters took over the Capitol Hill section of the city, one business owner—Faizel Khan, the proprietor of a coffee shop—described unchecked violence and destruction of property. When he and others called the police, no one came. Khan was forced to seek the permission of the armed protesters just to enter his own coffee shop. “They barricaded us all in here,” he told the New York Times. “And they were sitting in lawn chairs with guns.”
CLOSURE
A lack of police would not only make people less safe—it could also increase divisions and inequality between people.
Written by

Why do we need the police?