If confronted with the foundation of Donald Trump's beliefs—or even the basic facts of current events—Trump fans react in the stupidest possible way. Even when confronted with his past crimes, they willfully defend him.
December 4, 2020Updated 25 days ago 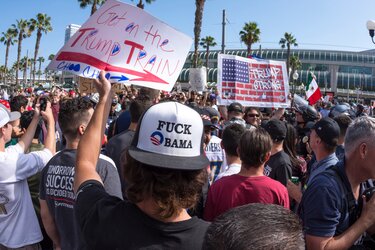