Women Can Die in Childbirth

The U.S. has the highest maternal mortality rate of any industrialized country. In the modern era, many Americans forget just how common it is for women to die in childbirth. Blood clots and infections can advance quickly. And Black women and women of color are vastly more likely to die in childbirth than their white counterparts in the U.S.
December 4, 2020Updated 18 days ago 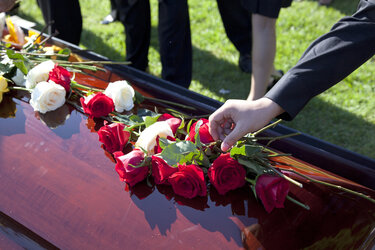 Kameleon007, iStock by Getty
In the United States, approximately 700 women die each year as a result of complications from child birth. The maternal mortality rate in this country has been increasing since 2000, despite the fact that most of these deaths are preventable. The rate of maternal mortality in the U.S. is higher than that of any other industrialized country by some measures. Especially when compared to other developed nations, the U.S. has a staggering number of maternal deaths. In 2018, for instance 17 women died for every 100,000 live births—more than double the rate for countries with similar healthcare and economic systems. The differences in maternal mortality are stark when it comes to race and ethnicity as well. The maternal mortality rate for 100,000 live births more than doubles when the mother is Black (coming in at a rate of 37.1 deaths per 100,000 live births). Women are advised to monitor themselves post-childbirth for warning signs of blood clots, infections, and hemorrhage, which can be potentially life-threatening. Severe complications—such as kidney, heart, or liver failure; bleeding in the brain or long-term comas—can also be fatal for mothers. Some of the complications during pregnancy and childbirth—such as pre-eclampsia and gestational diabetes—put women at higher risk of heart disease, diabetes, and stroke throughout the rest of their lives. Even if they don't die in childbirth, therefore, they might die from complications that arose during childbirth. "Both of these conditions are associated with basically a doubling in their lifelong risk for cardiovascular disease," Dr. Lisa Hollier, president of the American College of Obstetricians and Gynecologists, told NPR.
Written by

The CDC and WHO have researched it.