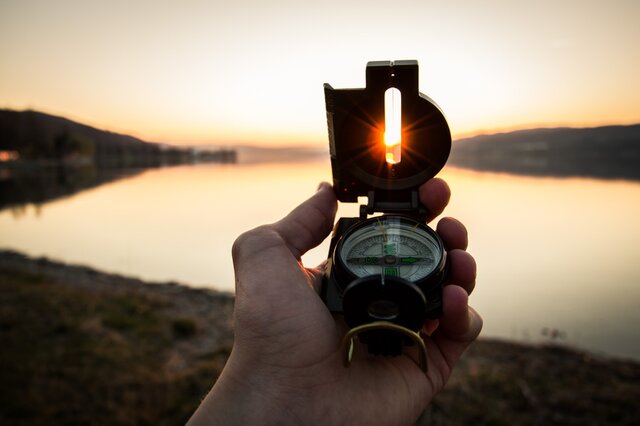 Truth on Goodpoint is when a statement about reality is correct. The following is a general description. Each user may have their own specific interpretation.

The truth is rarely pure and never simple.

There is an objective reality, a universe outside the mind. A vast place with so much that it’s hard to comprehend. It’s populated with all kinds of things. There’s air and soil, mountains and rivers, oceans and deserts. There’re animals, fish, insects and people — office buildings and houses, countries and continents, planets and stars.

But there’s more complex reality too. There’s the state of things, like noisy traffic or empty playgrounds, warm or cold rooms, old or young creatures, sick or healthy people, on or off devices. There’s even phenomenon, like nightfall and sunrise, wind and rain, crashes and near misses, birth and death. Of course, there’s also events, the weddings, meetings, elections, concerts and funerals that occur. And there are concepts, like math and the rules of logic – those make up reality too.

Then there’s the sizing and measurements of reality, the incredible number of ways it can be quantified or characterized. A town can be a certain height above sea-level, a lake can have a certain amount of water, a phone has a certain screen-size and an electrical outlet has a certain plug-shape. But there are other measurements too, the rate a car is traveling, the flow of water into a bathtub, the amperage of electricity through a motor, the wavelength of a color and the frequency of a sound.

To make it even bigger, there’s past reality. A seemingly infinite string of snapshots for every moment. The wars that happened, the floods and droughts, the kings and queens, congresses and senates, the celebrated heroes and ridiculed cowards, meteor showers and sunny days, inventions that were made and species that went extinct.

Reality is perhaps the biggest concept imaginable. It covers everything big and small, from this world to every other world, every moment in time, every person and creature that is or ever was, every feeling any human has ever had. It is practically impossible to think of something more broad or all-encompassing.

The truth does not change according to our ability to stomach it.

Something is true when it correctly reflects reality, and there are limitless questions about what is true.

For example, the simplest descriptions of nature are not obvious. Does the sun rise in the east or the west? Do all the oceans connect? Do hyenas hunt in packs? These basic qualitative characteristics of nature are not as obvious as they may seem. Humans search for these answers.

Sometimes truths can be quantified. For example, whether Mount Everest is the tallest mountain on Earth can be verified and the depth of the Pacific Ocean can be determined. Yet even seemingly knowable facts about nature can change, like the number of extinct species or trees in a rainforest. The passage of time can cause a change in reality, and thus a shift in the truth.

Furthermore, many facts are human-made, like time zones, passwords, and license plate numbers. These can change based on whim or necessity. Still other facts are contentious, like whether UFOs exist or who shot JFK. These facts are based on perspectives that may or may not ultimately be validated.

Some facts are easier to know and some are impossible. Determining whether water freezes at a certain temperature is relatively straightforward, whereas determining the composition of Pluto’s moons is difficult. Certain facts — like the precise, human population in 200 BC — are unlikely to ever be known.

Determining the truth can be a lifelong pursuit, because the world is so vast and includes such a wide array of facts. Though different approaches might lead to different interpretations of what is true, they all agree on the essential nature of truth itself: that there is a reality which, whether we successfully grasp it or not, exists on its own.

Rather than love, than money, than fame, give me truth.

Why is it difficult to determine the truth?

Although there are many true statements, it is not always easy to recognize them. There is such vast complexity and nuance to reality that an accurate description can be elusive.

Plato used the analogy of people imprisoned in a cave trying to understand reality based on the information given to them. In his example, people misunderstand what is happening because the information being provided to them is made up. Eventually, one of the prisoners escapes and is shocked at the truth about the world. The message he was sending is that there can be a gap between a human’s conjectures about reality and actual reality (the world outside the cave, in his thought experiment).

One reason truth can be so hard to grasp is because many facts cannot be observed or weren’t recorded when they happened. For example, planets that exist in a galaxy light years away may not be observable . The distance is so far that it is immeasurable by even the most advanced instruments. It also may be difficult to fully understand what caused the Big Bang, or exactly how many people built the pyramids in Egypt, because these events happened so long ago.

Not being present during an occurrence can also create a blind spot in knowledge. Someone may tell a court they were home alone during the time of a crime, but they may be the only person who actually knows whether this statement is true. Furthermore, they might have reason to lie about their whereabouts. In attempting to obtain an accurate description of reality, we encounter obstacles created by deception and misdirection. Even people who are known well, like the business partner who says they don't know where the missing cash went, may deliberately be trying to skew the perception of reality.

Some truths are difficult to determine without specialized knowledge. For instance, it might be difficult for a chef to know what makes a car’s alternator work, but these facts would be easy for an electrical engineer, who in turn might not know what makes dough rise. The average person likely cannot count the approximate number of atoms in a penny, yet a physicist might be able to determine this in a lab.

Although truth has the potential for determinability, it may not always be properly grasped, because complete access to reality is not always available.

Oh, some little moment of truth.

—Arthur Miller, when asked by Mike Wallace why he worked so hard throughout his life.