Confederate Secession and the Civil War Are Important Historical Events

The fault lines of that era continue to define contemporary life.
Dec 4, 2020 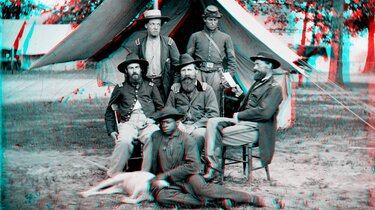 The secession of southern states to form the Confederacy and the ensuing Civil War remain one of the most important chapters of American history. To this day, the Civil War remains the bloodiest conflict in American history, inflicting more casualties than the total American deaths of World War I and World War II combined. The Civil War radically reshaped American politics and laid the framework for debates around states’ rights versus federal authority that continues to this day. Regional divisions and political issues falling along North vs. South lines pervades cultural discourse even in 2020. The war also served as a cultural touchstone for many who still believe the Confederacy was rightful in its actions and that it is part of 'Southern Heritage,' forging stereotypes about both those in the North and South that have lasted in the centuries since. The secessionist movement was also historically significant in exposing just how much the American economy, specifically American exports, were reliant on slave labor. Both North and South profited off slave labor, with American factories making goods such as textiles from the raw materials supplied by the South. The emancipation of enslaved people, which resulted from the Civil War, is also one of the most important historical events in U.S. history. That decision enfranchised several million people and their descendants.
Written by