There are myriad reasons why civil and criminal courts often fail to adequately punish perpetrators. A disparity in resources between defense attorneys and prosecutors can contribute to this fact, alongside other issues such as bias, privilege, or even just sheer incompetence. Many criminals walk free, and many victims are left unsatisfied with their outcomes.
December 4, 2020Updated 1 month ago 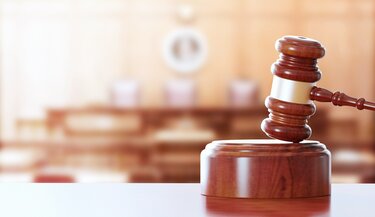 Aldeca Productions/Shutterstock.com
While court cases can sometimes bring consequences to criminals and closure to victims, that's not always the case. There's many cases where perpetrators are found not guilty or just get off with minimum sentencing. With rape especially, for instance, only a fraction of cases are prosecuted, and even fewer perpetrators serve jail time. To take an example, Stanford student Brock Turner was found guilty of sexually assaulting an unconscious woman. And yet, perhaps because of his privilege, Turner was sentenced to only six months in prison (of which he served three). The judge cited the adverse effects a prison sentence might have on the man's life when he doled out the judgment. "Obviously, a prison sentence would have a severe impact on him. And that may be true in any case. I think it’s probably more true with a youthful offender sentenced to state prison at a – at a young age," the judge wrote, adding "If you had someone who wasn’t in the fortunate circumstances that Mr. Turner had found himself in his youth, that they shouldn’t – it shouldn’t count against them." The proper channel for punishing perpetrators often fails.
Written by