COVID-19 Legislation Has Been Contentious in the U.S. Senate

For much of 2020, politicians have been divided over party lines regarding the details of relief bills and preventative actions, resulting in delayed votes. This has slowed down aid to Americans and confused any effort to prevent the virus' spread.
December 6, 2020 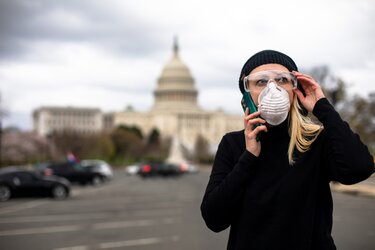 Nicole Glass Photography/Shutterstock.com
The current Senate has been debating what to do about the COVID-19 pandemic since it first exploded in the U.S. in March 2020. Since then, Republican and Democratic senators have been unable to agree on how to best fight it while keeping the economy from sputtering out. Congress struggled to decide on a first round of stimulus early on in the crisis, which eventually included individual stimulus checks, aid to local businesses, and an extension of unemployment benefits. Many citizens and politicians alike decried that first bill as anemic. Since then, tensions have boiled between Republican and Democratic senators over next steps. Even relations between some Republican senators and President Donald Trump's White House have been fraught. In an attempt to secure a new aid package before the presidential elections, Trump offered a $1.8 trillion deal. Republicans criticized it as too expensive, and Democrats said it was just a ruse to smuggle in Trump's own agenda. “When the president talks about wanting a bigger relief package, his proposal appears to mean that he wants more money at his discretion to grant or withhold,” Democrat Speaker of the House Nancy Pelosi wrote at the time. Amid these disagreements, Congress has still been unable to secure the bipartisan support needed for a new coronavirus deal.
Written by