Executive Corruption Has Been a Problem for the Coal Industry

Bribery, putting workers at risk, and taking money intended for small businesses are just some of the issues. Coal executives often hold a community's economic fate in their hands.
December 4, 2020 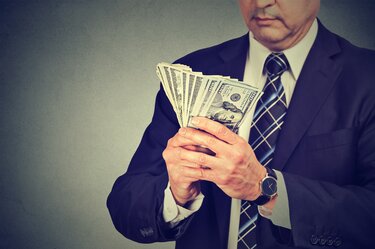 iStock / Getty Images Plus
Coal executives are often powerful figures, particularly in "coal-reliant" states and communities. Not only do they employ many of the residents, but may own or lease land from the local or state government, contribute to local businesses and schools, and can wield an enormous amount of political clout with mayors, governors, members of Congress, and even the president of the United States. But that great power is accompanied by the ability to abuse it. For example, in the early stages of the COVID-19 pandemic, the federal government put forward the Paycheck Protection Program (PPP). This program was intended to help small businesses (with fewer than 500 employees) survive the lock down. PPP quickly went through its $350 billion fund and several family-owned businesses were left in the lurch for months without help. However, Hallador Energy, a coal company with nearly 900 employees and $575 million in annual revenue, were able to secure a $10 million PPP loan. This was in addition to being awarded millions of dollars from a federal government stimulus bill which gave out $2 trillion to large businesses during the pandemic. They were able to pull this off in part because their executives hired Scott Pruitt, who once led the Environmental Protection Agency, to lobby in Washington on their behalf and because the company’s former government relations director now works at the Energy Department. But it goes beyond that to something even worse: knowingly putting miners' lives at risk. For example, Robert Murray, head of Murray Energy, has donated hundreds of thousands of dollars to President Donald Trump's campaign. In 2018, Murray wrote a letter to Vice President Mike Pence asking for a number of things, including environmental regulations to be rolled back and to loosen mine safety regulations. The memo even asked the Department of Labor's office on mine safety be revamped. This was all while Murray posed for pictures with the president and 10 of his miners by his side.
Written by