For the Most Part, Protesting Fails to Cause Change

The long-term effects of protest are often limited by chance, longevity, and existing power structures. The political climate has to be exactly right for protesting to succeed.
Jul 19, 2020Updated 3 months ago 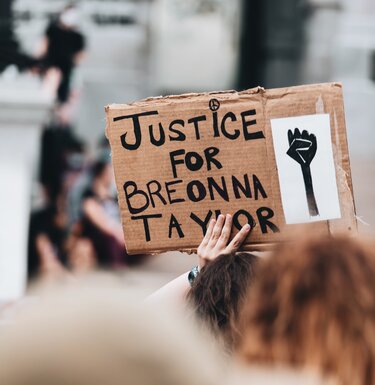 8 reasons
Protesting has been happening for decades to demand racial justice. Demonstrations against racism have been occurring for the past century. Generations of Americans have called for an end to racist policies.
IStock.com/Joseph Gruber
Both Black and white Americans have been speaking out against racial injustice for centuries. Some of the earliest protests led by Black activists took place as early as the first decade of the 20th century, led by W.E.B. DuBois. Since then, thousands of protests have demanded an end to racial inequalities, often with limited success. The late 1950s and early 1960s are remembered as a decade of protest for Black Americans. Led by Martin Luther King and others, those protests pushed for equal access to voting rights, education, and private businesses. While that movement eventually saw results, many changes only happened after King's death, long after the protests themselves. The nature of protests has evolved since that time, ranging from legal challenges, to political pressure, culminating in the widespread protesting and rioting seen in 2020.

Agree
Racist incidents continue. And they show no sign of slowing down. If anything, developments in technology have only showed the insidiousness of racist violence in the U.S.
IStock.com/Aja Koska
The Cleveland Indians refused to change their name. Even under increased pressure, the Indians name remained unchanged. This is just one symptom of a broader disrespect for Native American tribes.
For years, there were ongoing protests against the Indians’ team name, mascot, and common game chants. They recently removed their mascot, Chief Wahoo, but they have opposed changing the team name. Despite this, owner Paul Dolan said in 2019: “Not only are we adamant about keeping the name Indians, but the Commissioner (Rob Manfred) is similarly supportive of the name.” In July, Dolan agreed to meet with Native American groups to discuss the name, but he did not make any promises to change the name. Many indigenous people have been pressuring the stakeholders for years to change the name they say is offensive. In August, some 80 businesses and organizations signed a petition asking for a name change. Even with mounting pressure, the Indians have yet to announce an official name change.

Agree
The "All Lives Matter" slogan was acceptable for a long time. That slogan was widespread throughout the United States. Even the vice president used it.
Among certain groups of Americans, saying "all lives matter," or being actively against the Black Lives Matter movement was still acceptable. As recently as June of this year, Vice President Mike Pence refused to say "black lives matter." Instead, he repeated again in a TV interview: "I really believe that all lives matter." "All lives matter" might seem like an innocuous term, but its meaning is ignorant at best and racist at worst. Activists have often used the metaphor of a house on fire: if a neighbor's house is on fire, there's no sense in saying "All houses matter" and spraying water on the house that is not on fire. "No one's saying that your life doesn't matter," blogger Ayanna Lage told CBS news. "What we're saying… is all lives can't matter until black lives matter."

Agree
Police reform efforts failed. Dozens of plans to retrain police have been costly and ultimately, ineffective. Even the notion of police reform is unwieldy in a justice system comprised of so many different departments.
Five years after Eric Garner's death, the Justice Department announced it would not levy any criminal charges in connection with the murder. Then New York Deputy Attorney General Alvin Bragg argued in The Washington Post that the decision "highlights the urgent need to reform the federal criminal law governing excessive force. Congress needs to do away with the requirement of proof that officers have acted 'willfully' when they use excessive force." Garner's case was just one of many where police who killed Black civilians did not face legal repercussions. Even with the addition of body cameras, implicit bias training, and other attempts at reform, the continued lethal force against Black people proves that those attempts for reform have failed. Even after protests reoccurred since Kaepernick's initial protest, no significant state or federal legislation was enacted. The efforts on the local level were often piecemeal or superficial. Some have argued that the idea of police reform itself is "fundamentally flawed." Law enforcement in the U.S. is. comprised of 15,000 separate agencies, meaning each reform would need to be enacted independently. Experts on police violence such as Alex Vitale have suggested that the problem of excessive force goes far deeper than reforms can touch: the scope of policing has simply become far too vast. Police today are asked to deal with issues such as mental illness, substance abuse, and homelessness—all things that they have no expertise in. If we want real change, we need to vastly revise what police officers are asked to do. “At root, they fail to appreciate that the basic nature of the law and the police, since its earliest origins, is to be a tool for managing inequality and maintaining the status quo. Police reforms that fail to directly address this reality are doomed to reproduce it," Vitale wrote.

Agree
Colin Kaepernick’s efforts failed. He couldn't garner even half the country's support. And he has never been able to play professional football again.
It's difficult to point to any concrete change catalyzed by Kaepernick's protests. His choice to kneel certainly caused a lot of conversation, but for some people it only seemed to create more animosity for the Black Lives Matter movement. That criticism only intensified after the election of President Donald Trump. The president has strongly criticized both Kaepernick and the other protesters. Though some NFL players and members of the public supported Kaepernick, a 2018 Yahoo News/YouGov poll found that only 35% of Americans agreed with Kaepernick's right to protest. By 2020, that percentage had climbed to little more than half of Americans. His protest also seems to have tanked his promising football career. By 2017, Kaepernick found himself unsigned, with many suggesting he was being blackballed. He went on to score a major publicity deal with Nike, but he has never again played professional football.