Gender May Be a Social Construct, but Biological Sex Is Not a Choice

The X and Y chromosomes determine biological sex. Biological sex is like a genetic roll of dice, something that neither women nor men have any control over. It can, however—despite its randomness—have a huge effect on people’s lives.
December 4, 2020Updated 11 days ago 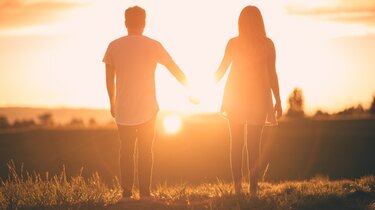 All mammals have their biological sex determined by chromosomes, which are made up of DNA. "DNA contains the specific instructions that make each type of living creature unique," explains the National Human Genome Research Institute. Humans in particular have 46 paired chromosomes, each of which determine different biological traits. Our chromosomes determine everything from Down syndrome to biological sex. (Gender identity and sexual orientation are of course not the same thing as biological sex). The 23rd pair of chromosomes in humans are the sexual biology chromosomes. When an egg is first fertilized, a chromosome from the sperm cell joins a chromosome from the egg cell, determining the fetus's biological sex. While there are some exceptions, including intersex people who are not fully biologically male or fully biologically female, the vast majority of women have two X chromosomes, and most men have an X and a Y chromosome. The Y chromosome induces the male phenotype (the observable trait of male biological sex) long before birth. This process is random. In 1959, scientists discovered that this process takes place in mammals on a part of the Y chromosome called the SRY. As biologists explained: "In human embryos, the SRY gene encodes a unique transcription factor that activates a testis-forming pathway at about week seven of development. Before this time, the embryonic gonad is 'indifferent,' meaning that it is capable of developing into either a testis or an ovary." There are many old wives' tales, about everything from sexual positions to changes in diet, that claim to change the biological sex of a fetus, but doctors have dispelled all of these. The only way to be certain of a fetus's biological sex is through in vitro fertilization, and even then it's not a guarantee. “Even with genetic testing, the sex cannot be 100% guaranteed,” one doctor explained for the Cleveland Clinic.
Written by

Boy or Girl — Can You Choose Your Baby’s Sex?