In Many Ways, Trump's Agenda Is Not Traditionally Conservative

In both his personal life and his politics, Trump represents a total lack of family values, Christian morality, and good business-sense, all elements that have been crucial to the Republican agenda in the past half-century. And yet, even old-school Republicans have continued to support him.
Dec 4, 2020 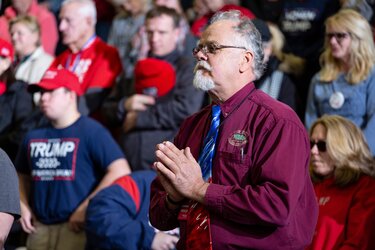 Benjamin Clapp / Shutterstock.com
Traditional Conservatism in the U.S. has constituted certain core values, such as respect for American traditions, limited government, support for Christian values, moral universalism, strong national defense, and free trade, among other principles. Trump exhibits almost none of those qualities other than a respect for free trade. That dedication likely only comes from his personal experience, supporting a set of free trade policies that have enhanced his personal wealth. When it comes to Christian values and universal morality, Trump can't make a claim to either. If anything, he is one of the most morally relativist politicians at work today. Trump may have grown up attending Norman Vincent Peale's New York City church, but he is not a man of God. Indeed, many Christian Republicans struggled to support the president during his 2016 campaign, citing his apparent lack of religious character. Many only came around after Trump promised to select an anti-abortion Supreme Court justice. Trump's personal life flouts many of the small-town Christian values that Republicans claim to support. He has been divorced twice and married three times. He has been embroiled in many sex scandals, including upwards of two dozen accusations of sexual misconduct. While Trump may support aspects of the Republicans' economic plans, such as tax cuts and free market capitalism, when it comes to the moral, Conservative core of the party, he is very far from the norm.
Written by