Between personal disagreements and fights over their business, their relationship was not in a happy place.
December 4, 2020 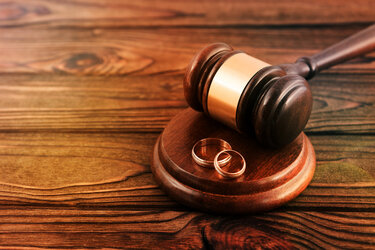 IStock.com/Gerasimov174
By the time Don disappeared, his marriage to Carole had reached a breaking point. There was even talk of divorce. In episode three of "Tiger King," one of his daughters corroborated this fact. Lynda Sanchez, Don's daughter from his first wife, said "At the end I know that there was talk of divorce." His business associate, Wendell Williams, also confirmed that divorce was on the table. "I think he was preparing his estate and assets in a way that he could get a divorce without losing everything," he said in the documentary. Other people who worked for Don—and even Carole herself—affirmed both that he was thinking about divorce and that the divorce would not have ended in Carole's favor. Carole even wrote about their talks of divorce in her journal, saying she "wished there was some way out."
Written by