Military Injuries Are a Form of Disadvantage

Mental trauma and physical injuries are common. Women in particular are subject to sexual trauma as well.
Dec 4, 2020 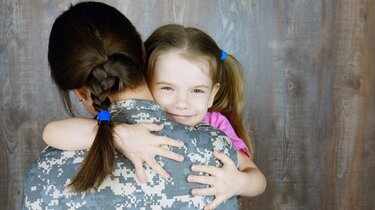 Military injuries—including psychological trauma—are extremely prevalent among the armed forces. The Army describes the problem of military injuries as an "epidemic." According to a recent report, the rate of injury is 2,500 per every 1,000 soldiers. This means that the average American serving in the Army will endure at least two musculoskeletal injuries. This figure includes injuries sustained both on missions and from Army garrisons. As many as 20% of all veterans suffer from post-traumatic stress disorder (PTSD). Persistent flashbacks, moodiness, or anxiety caused by PTSD can prevent veterans from functioning or working normally. Specifically for women, military sexual trauma and other issues can cause permanent damage. Some 23% of female veterans report being sexually assaulted, and 55% report being sexually harassed, according to the Department of Veteran Affairs.
Written by

There are many firsthand accounts, as well as statistics, supporting veterans' difficulties in readjusting to civilian life.
Sources