They are willfully blind to evidence that challenges their position. Those in power, or with a vested interest in maintaining the status quo, will ignore even the most reasonable opposition—no matter if changing their behavior or policies could save lives.
December 4, 2020Updated 1 month ago 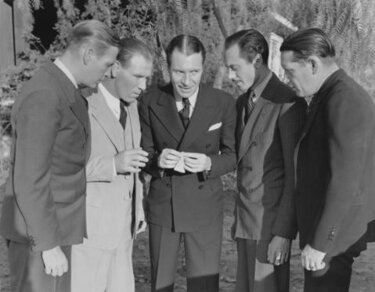 When people benefit from the existing way of doing things, they are naturally reluctant to see it change. It’s human nature to want to preserve things that are helping you, even if those things are morally questionable. People have an unwavering ability to make excuses or simply be slow to understand the reasoning for any argument that will cost them money or power. One example might be an oil executive who struggles to accept that climate change is real. He cites the outlier studies showing it isn’t necessarily human-made. Exxon, it was recently discovered, knew about climate change as early as the 1970s. The oil company employed scientists to study the phenomenon and came up with climate models that showed how damaging carbon dioxide could be. And yet, the company publicly disavowed the entire phenomenon for decades. Another example is the 1970s tobacco executives who wouldn’t accept that smoking caused lung cancer. They found, or paid for, studies that suggested cancer could have other causes. As recently as the 2010s, Philip Morris continued to argue that its top-selling product, Marlboro Gold (formerly known as Marlboro Lights), reduced the risk of cancer. In the corporate environment, business goals and profits have historically superseded doing good for society. The concept of "doing good" was meant for non-profits whereas for-profit companies served shareholders. A threat to profits could ultimately become a threat to the entire company itself. With so many examples and the obvious way of human nature, it's clear that many people can become compromised based on their incentives.
Written by

Contesting the Science of Smoking