Whether defending a known sexual predator, or ignoring unprofessional and dangerous conduct, the Republican party has become morally bankrupt. Republicans can no longer cling to their image as the Christian morality party, as that reputation has been shredded into tatters, given their ongoing support of Donald Trump.
November 5, 2020Updated 11 days ago 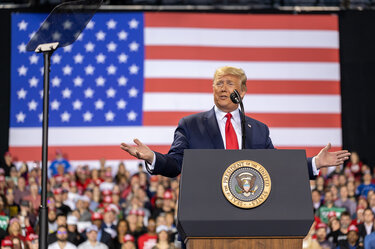