States Cannot Prosper When Heavily Dependent on a Declining Industry 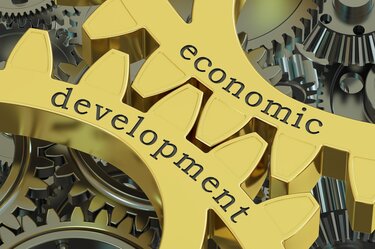 Getty Images/iStockphoto
In states like West Virginia, Kentucky, and Wyoming, entire communities "have built their cultures and economies" around one industry: coal. While they're not the only states to suffer from a single-industry focus, they exemplify the ripple effect caused when that one industry falters. The coal industry was already in decline before the coronavirus pandemic; between 2008 and 2016, coal production in West Virginia and Wyoming had dropped by half. However, the pandemic accelerated coal's demise in these states and highlighted what economic studies had already proved: that the decline of a single, dominant industry can lead to local governments' fiscal collapse. In a state like West Virginia, where about 81% of all counties have been home to coal production, entire communities in which a now-shuttered coal mine served as the main employer face ruin. It's not just the miners who suffer; workers across supporting industries, like transportation and construction, also face threats to their employment. As unemployed laborers leave to seek opportunities elsewhere or severely restrict their spending, industries that relied on the residents' ability to spend money, like retail, suffer. In 2019, for instance, following the closure of a major coal mine, the only major grocery store in one West Virginia county closed. Now, that county's mostly poor and elderly residents must drive long distances for groceries. Industries necessary to support once-active coal mining communities, like education, county government, and medicine, are experiencing wage stagnation and layoffs because of decreased revenue, fewer tax dollars, and diminishing or increasingly impoverished populations. Evidence of the danger of basing an economy around one industry—especially fossil fuels, which are experiencing a decline overall—exists beyond experts' speculation. The economies of countries like Venezuela and Nigeria, which were, for years, based almost completely on petroleum, have been experiencing near-complete economic collapses.
Written by

What’s next for coal country?

Economic researcher: West Virginia is "too reliant on energy"

The risk of fiscal collapse in coal-reliant communities

Venezuela’s Collapse Is the Worst Outside of War in Decades, Economists Say