The Coal Industry Is Unstable and Moving Toward Obsolescence

As an energy source, its demand is not stable like it was in the past. Other forms of energy have become more attractive, causing coal to become a questionable resource in the long term.
Oct 13, 2020Updated 7 months ago 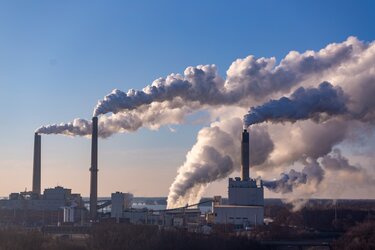 3 reasons
It was already struggling before COVID-19. Coal has been declining for years. And renewable energy sources are only taking a bigger share of the market.
Agree|Info|Expand
mariusz_prusaczyk/Getty Images
The coal industry was struggling long before this year's coronavirus epidemic began to sweep the United States. The pandemic may have hastened the race to the bottom, but it didn't cause it. Coal has declined by a third in the last 15 years. In that same period, renewables doubled, according to The Hill. This decline came even after Donald Trump repeatedly made campaign promises to bring back coal jobs. Trump started to roll back anti-coal regulations once in office, but it was already too late. The Energy Information Agency (EIA) predicted in 2018 that reliance on coal was falling and would only continue to fall. The existing regulations, especially put in place by former President Barack Obama, are not entirely responsible. Shifting market forces were already pushing the energy industry in a different direction. The coal jobs and coal industry revenues were already unlikely to come back by the time Trump entered office. As The Hill put it: "The war on coal, in short, is over. And coal lost."
Now with the COVID-19 pandemic, it's declined steeply. As electricity use is down across the country due to businesses being closed, all energy industries are seeing losses. But coal especially has taken a beating.
Agree|Info|Expand
mariusz_prusaczyk/Getty Images
The coronavirus pandemic has taken its toll on American businesses, both big and small. As manufacturers shut down plants because of social distancing and smaller businesses shutter indefinitely, electricity use in general has declined steeply. That drop in energy use has hit coal especially hard. One coal analyst said there was a drop of 35-40% between this year and last year. Another analyst who has been studying coal trends for years said this decline was one of the worst he'd ever seen. “It doesn’t compare — we have seen some relatively severe downturns. But nothing this sudden and this severe,” Andrew Blumenfeld of IHS Markit told NPR. Many coal mines have had to shut down or lay off workers. Others are facing bankruptcy. Stockpiles of coal are piling up. Some have compared it to an oil glut. Meanwhile, solar and wind power overtook coal in April, powering more electricity than coal for the first time in U.S. history.
And experts say a revival is practically impossible. Trump and others have repeatedly promised to bring back coal jobs. But experts say that such an outcome is highly unlikely.
Agree|Info|Expand
agnormark/Getty Images
Trump is hardly the first political leader to make the promise of bringing coal jobs back. Other governors and local legislators, especially in coal-reliant communities, have made the same ill-fated promise. But the flaw in making any coal-related campaign promise is that the decline of coal is not due to public policies alone. "The decline of the U.S. coal industry is the result of market forces, not a policy 'war on coal,'" read one analysis. There is also more public support, especially from younger generations not entering the coal-related job market, to push for renewable energy use and policies to make that cheaper and easier to access. Coal plants and even airlines are facing increasing pressure to limit greenhouse gas emissions through policies and the use of carbon markets, which make it more financially viable to switch to more efficient fuel and move operations to more "green" methods.
Written by