The Georgia Senate Runoff Will Determine the Balance of Power

Whoever wins the Georgia seats will determine who holds the reins of power in the Senate at least through the 2022 midterms and possibly longer. With a Democratic executive branch, a Democratic U.S. House of Representatives, and a Democratic Senate, the rule of law would be largely Democrat.
December 9, 2020 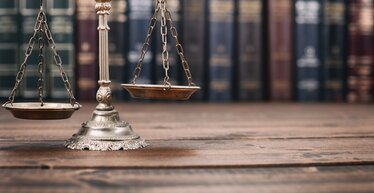 Vladimir Cetinski/Getty Images
These two Senate races in Georgia will either tilt the scales of power toward the Democrat or the Republican parties—in a way that will reverberate throughout the American political system. There are two possible scenarios: First, the Republican Party already has 50 seats out of the Senate's total 100. If the Republicans can win one or both of the Senate seats in Georgia, they will remain the majority party, and Sen. Mitch McConnell will keep his position as majority party leader. Republicans say this outcome would provide much-needed checks and balances on a Democratic White House and a majority-Democrat House of Representatives. Democrats, however, fear that a Republican majority in the Senate could effectively block important legislation and create government gridlock. The second scenario is this: If both Democrats win, the Senate will be evenly split between the two parties. In this case, tie-breaking votes go to the Vice President—former Democratic Senator and Vice President-Elect Kamala Harris—effectively turning the Senate blue. In that case, both the House, Senate, and the White House would be Democratic, a scenario that Democrats say will allow them to carry out COVID-19 relief packages and other legislation. Republicans fear there would not be enough room for dissent if this were the case. The balance of power determined by the Georgia runoff will also affect Senate's long-held tradition of filibustering. If both Democrats win in Georgia, they could effectively end the Republicans' ability to use majority rule to end debate on legislation while making Biden's legislation more filibuster-proof. However, if one or both of the Republicans win the Georgia runoff and the GOP maintains its Senate majority, Democrats' efforts will remain vulnerable to Republican filibuster.
Written by

Who will hold the most power in the next Senate?

Why all eyes are on the Georgia Senate runoff elections

Georgia’s Runoffs Are About So Much More Than Senate Power