For instance, his van was left at a private airport with the keys left in it. It was a scene that appeared staged to many observers.
Dec 4, 2020 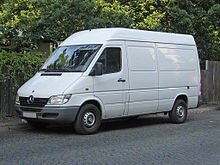 Some of the only hard evidence was Don's abandoned white van, found with the keys still in it. The van was found parked outside a private airport. According to reports, this piece of evidence "followed Baskin’s story that he had told her he was heading to Costa Rica, and that was the last time she spoke to him." As Baskin told a local news crew at the time of his disappearance: “He said to be sure and get the Costa Rica truck ready, cause he was leaving early, early, early in the morning for Miami.” And yet, much about the scene seemed staged. If he really had flown to Costa Rica, why would he have left the keys in the parked van? John Marsciano, one of the lead detectives on the case, told the "Tiger King" documentary crew that he doesn't believe that Don left the van and flew to Costa Rica. “There’s nothing at all to indicate that Don left his van there and got in a plane, and crashed it somewhere," he said.
Written by

I watched the documentary
Sources