The Reality Is Republicans Want to Hold Onto Their Privilege

Whether for financial gain in the form of tax cuts, or a lack of government interference in the private sector, many Republicans' support for Trump is about personal gain. They're willing to put aside morality and logic for their own bottom line.
Dec 4, 2020Updated 9 days ago 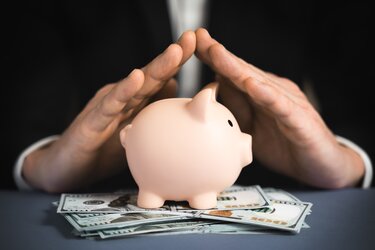 Velishchuk/Getty Images
2 reasons
People with an agenda, like many Republican Trump supporters, can't be objective about ideas that threaten their power. They are willfully blind to evidence that challenges their position. Those in power, or with a vested interest in maintaining the status quo, will ignore even the most reasonable opposition—no matter if changing their behavior or policies could save lives.
Agree|Info|Expand
When people benefit from the existing way of doing things, they are naturally reluctant to see it change. It’s human nature to want to preserve things that are helping you, even if those things are morally questionable. People have an unwavering ability to make excuses or simply be slow to understand the reasoning for any argument that will cost them money or power. One example might be an oil executive who struggles to accept that climate change is real. He cites the outlier studies showing it isn’t necessarily human-made. Exxon, it was recently discovered, knew about climate change as early as the 1970s. The oil company employed scientists to study the phenomenon and came up with climate models that showed how damaging carbon dioxide could be. And yet, the company publicly disavowed the entire phenomenon for decades. Another example is the 1970s tobacco executives who wouldn’t accept that smoking caused lung cancer. They found, or paid for, studies that suggested cancer could have other causes. As recently as the 2010s, Philip Morris continued to argue that its top-selling product, Marlboro Gold (formerly known as Marlboro Lights), reduced the risk of cancer. In the corporate environment, business goals and profits have historically superseded doing good for society. The concept of "doing good" was meant for non-profits whereas for-profit companies served shareholders. A threat to profits could ultimately become a threat to the entire company itself. With so many examples and the obvious way of human nature, it's clear that many people can become compromised based on their incentives.
Republicans think tax breaks from Trump are worth giving up their values. Republicans who support Trump use ideology as a cover for something much more base: they make more money under him than they would under a Democratic president. The Trump administration's tax breaks for the wealthy have convinced even conservative Christians that the end validates the means.
Agree|Info|Expand
Some Republicans came up with ideological cover for why they voted for Trump. The reality, however, is that many voted with their wallets. Under Trump's tax plan, the wealthiest Americans overwhelmingly paid less in taxes. “Most of the tax cut went to businesses and higher income individuals who are less likely to spend the increases," according to one report. The wealthiest 20% of households saw their income increase by nearly 3% under Trump's tax cuts. Especially for those with incomes in the six-figures or higher, 3% is huge. The New York Times went so far as to call Trump's tax plan a "windfall" for wealthy Americans—including Trump himself. While the plan saved money for many Americans, it disproportionately affected the top percentage of earners. Some said the plan was legitimately good for businesses. “You’re going to get a boost in investment,” William Gale, co-director of the nonpartisan Tax Policy Center, told NYT. “It’s hard to argue that there won’t be a positive effect.” Underneath the guise of supporting Trump for ideological reasons, some fiscal Conservatives may have voted for him for these tax cuts alone.
CLOSURE
Behind the veil of supposed ideological reasons for supporting Trump lurks a darker truth: Trump is good for Republicans' bottom line. And they're willing to sacrifice their values for that financial kickback.
Written by