And most of them were privately commissioned.
December 4, 2020 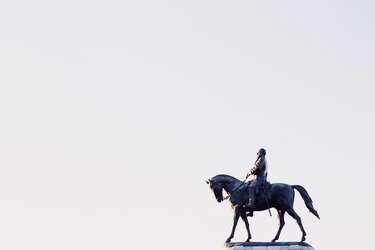 The statues are not culturally significant artifacts from the Civil War-era because most of them were built decades later. The vast majority of Confederate statues were commissioned in the early 1900s, at the height of Jim Crow laws. Nearly 400 statues were commissioned during that period alone, as racist Southerners tried to recast history to justify discriminatory practices. The choice to have the statues was not a decision made by the people, or even by local government—the statues were rather commissioned by private interest groups. The United Daughters of the Confederacy sponsored hundreds of statues during this time period alone. This decision was part of a much broader campaign to reshape Civil War history at the dawn of the 20th century. The United Daughters of the Confederacy has continued the quest long after the close of the war, commissioning a statue as recently as 2011. Confederate statues were built not to remember the past, but to revise our understanding of the Civil War and to inspire a possible future where that understanding becomes operational. In other words, statues of Robert E. Lee were never about honoring his legacy as much as hinting at a future where once again white Americans would rise above and rule Black Americans and other people of color.
Written by

This is based on data from a trusted source.
Sources