U.S. Labor Laws Have Been In Place for 100 Years

This legislation has helped reduce inequality and protect the working population, both from potentially unsafe work environments as well as negligent bosses. Labor policies specific to women and protecting their rights in the workplace have existed for nearly as long.
December 4, 2020Updated 1 month ago 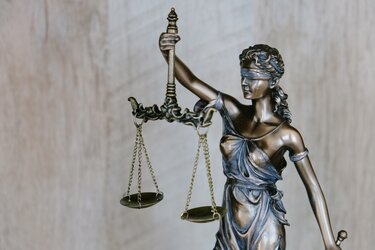 For over the past century, the U.S. has had a labor department, meant to guide policies and legislation for workers. These policies have often aimed to create safe working conditions, limit exploitation, and ensure profitability for both employer and employees. In recent history, labor laws have specifically attempted to level the playing field between men and women, members of different ethnicities, and those who identity has LGBTQ+. Labor activists in the first decades of the 20th century fought for such rights as sick pay, vacation days, and benefits for injured workers. Many of those early demonstrations and meetings were about protecting workers from some of the many ways in which employers, especially in urban factory settings, were taking advantage of employees. One key moment that ignited nationwide pressure to establish labor laws was the Triangle Shirtwaist Fire in New York City. Overwhelmingly young, immigrant women worked in the shirtwaist factory for a pittance in wages. To discourage taking breaks, the owners locked the doors to the factory. So when a fire broke out in 1911, many of the hundreds of workers were trapped inside. Some 150 people would die in that fire, igniting huge protests for better working conditions. An act signed by President Woodrow Wilson in 1913 would establish the U.S. Department of Labor. And the first labor laws would begin to trickle in during the years that followed. The year 1916 would see the first child labor law, greatly restricting labor carried out by anyone under the age of 16 and outright banning workers under the age of 14. This was an enormous development, as many young children had been working in factories from a much younger age. The United States Department of Labor has had a Women's Bureau for 100 years. The first law was passed 100 years ago and gave the bureau the right to "formulate standards and policies which shall promote the welfare of wage-earning women, improve their working conditions, increase their efficiency, and advance their opportunities for profitable employment.” During and after the Great Depression, labor protections were hugely expanded, establishing unemployment benefits, social security, and a federal minimum wage. The New Deal was designed primarily by a woman, Secretary of Labor Frances Perkins. By the 1930s, the secretary of labor would establish the five-day work week, paving the way for other progressive reforms. The protections established throughout the 20th century were designed to reduce inequalities and to protect workers—of all identities—from being exploited. The U.S. Department of Labor, alongside state labor boards and workers unions, have continued to create new laws and enforce older regulations in order to reach this goal.
Written by

The U.S. Department of Labor Timeline